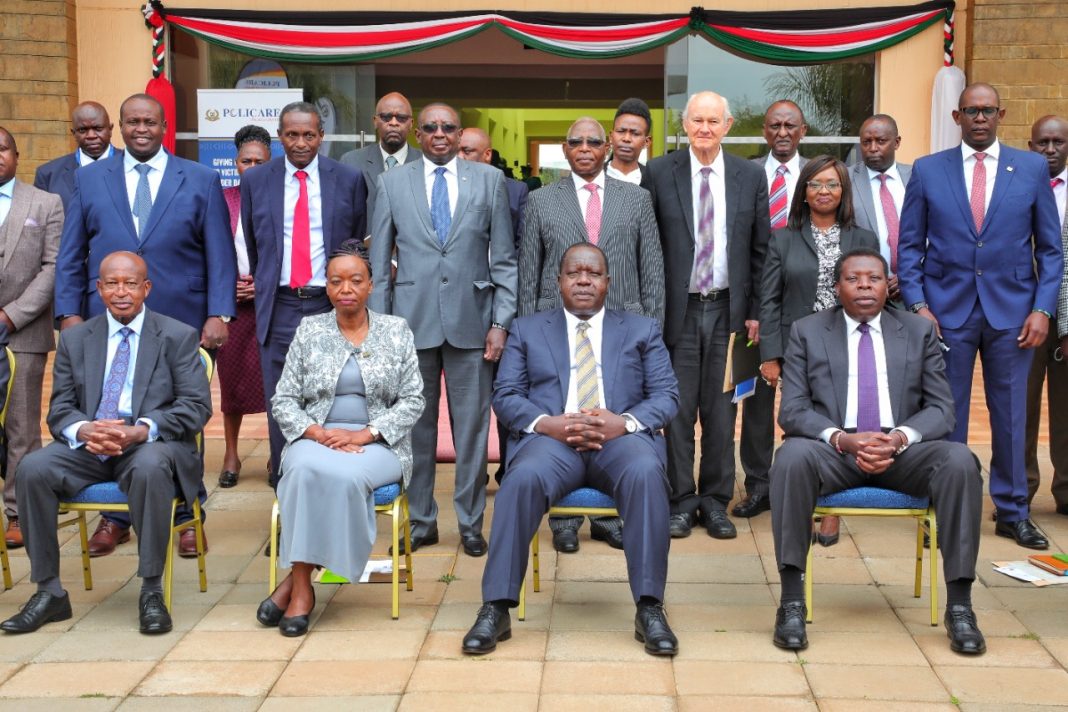 Interior CS Fred Matiangi warned KPLC managers of impending radical surgery. Matiangi said the theft of billions at the power utility firm will be heavily punished by the Government.

He was speaking during the unveiling of an expanded Energy Taskforce at the KSG, Kabete.

UoN student leaders have given the task force 5 days to arrest the KPLC fraud suspects or face countrywide demos.

UoN President Anthony Manyara has been holding daily press briefings to agitate for the arrest of the suspects.

Former KACC Director Aron Ringera and President Uhuru Kenyatta Chief of Staff Nzioka Waita have been incorporated into the team to enhance its operations.

In an earlier meeting, CS Matiang’i said that the county’s high electricity costs were hurting its capacity to attract local and foreign investment, as well as frustrating corporate profitability.

“Work has started on how to deal with challenges in this sector with an aim of ensuring that we reduce the cost of power. I am confident that we will achieve the target given,” said CS Matiangi.