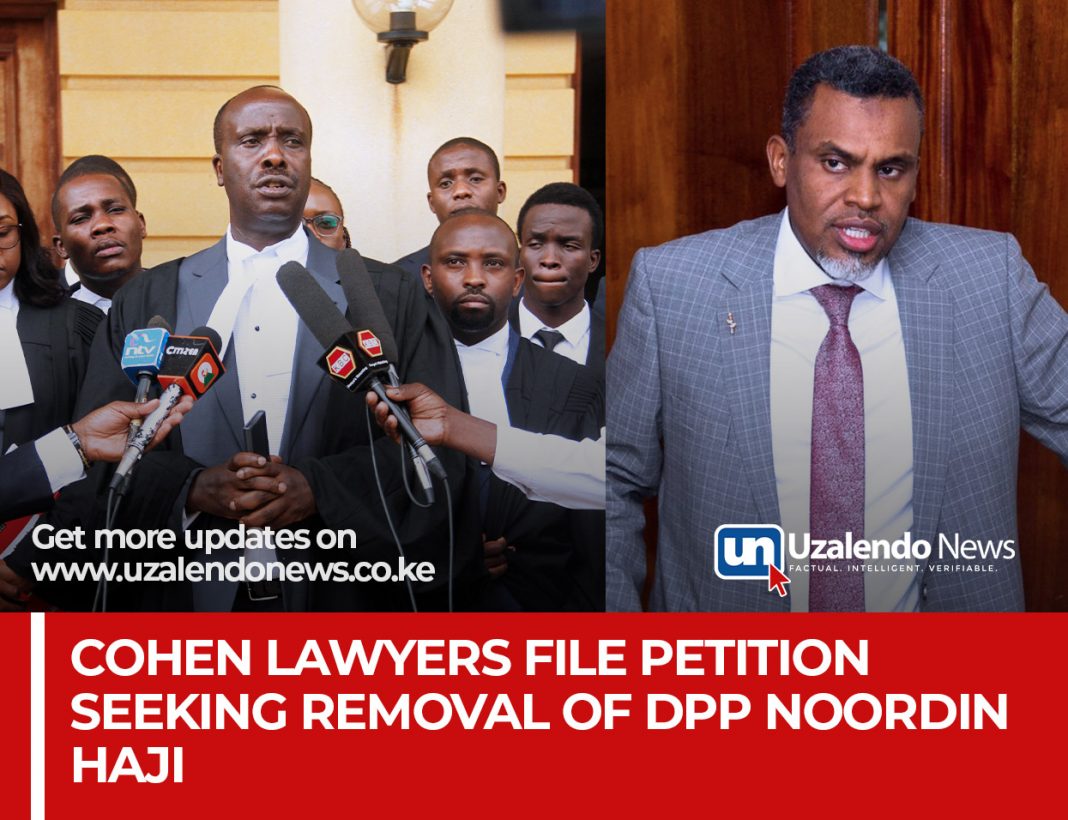 Lawyer Danstan Omari has lodged an application with the Public Service Commission seeking the removal of Director of Public Prosecution Noordin Hajji.

In his accusation, Mr. Omari said the DPP displayed incompetence and failure to prosecute Justice Kantai ole Sankale in the murder of Dutch businessman Tob Cohen.

Through their lawyers, the family of the late Tob Cohen accuses DPP Haji of mishandling their kin’s murder case.

They also accuse the DPP of botching other cases, including Direct Line Assurance Limited and the Kenya Medical Supplies Agency (KEMSA).

“That Noordin Haji the DPP herein, has demonstrated such abuse of power and abuse of office by restraining the Director of Criminal Investigations from arresting the Judge Sankale, for his involvement in the murder and subsequent cover-up of the Petitioner’s brother Tob Cohen until and unless the Director of Criminal Investigation gets explicit authorization from him (Director of Public Prosecutions),” reads the petition.