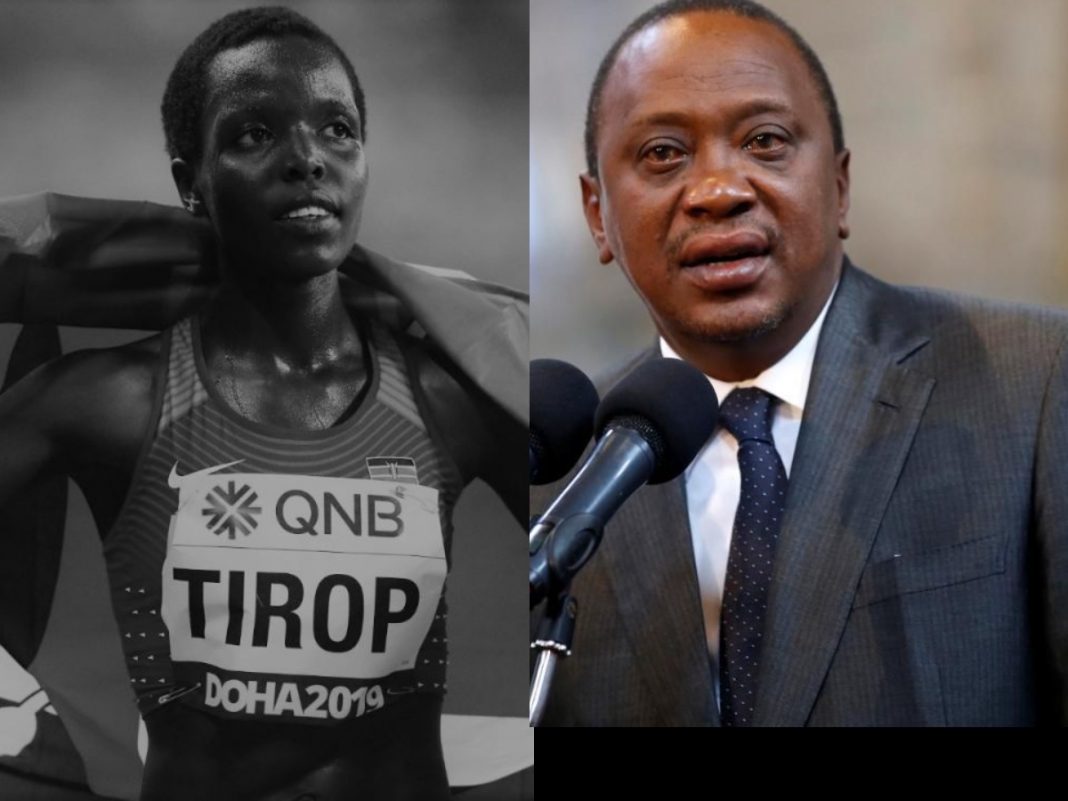 Agnes Tirop, 25, was part of the triumphant Kenyan contingent to this year’s delayed 2020 Tokyo Olympics where she represented the country in the 5,000m race and finished 4th in the final.

In a message of condolence and comfort to the family, friends, relatives, and the athletics fraternity, the President mourned Agnes as a Kenyan hero and champion whose death is a big blow to the country’s sporting ambitions and profile.

“It is unsettling, utterly unfortunate and very sad that we’ve lost a young and promising athlete who, at a young age of 25 years, she had brought our country so much glory through her exploits on the global athletics stage including in this year’s 2020 Tokyo Olympics where she was part of the Kenyan team in Japan,” the President eulogized.

“It is even more painful that Agnes, a Kenyan hero by all measures, painfully lost her young life through a criminal act perpetrated by selfish and cowardly people,” the President said and directed the police to hasten the search and apprehension of the athlete’s killers.

“I urge our law enforcement agencies led by the National Police Service to track down and apprehend the criminals responsible for the killing of Agnes so that they can face the full force of the law,” the Head of State directed.

According to local media reports, the lifeless body of Agnes, a 2019 World 5000m bronze medalist and 2015 senior Cross Country champion, was found in her Iten house with stab wounds in the abdomen.

The Head of State, who is out of the country on an official visit of the US, prayed for God’s grace and calm for the family, friends, relatives and supporters of Agnes Tirop as they come to terms with the athlete’s shocking death.