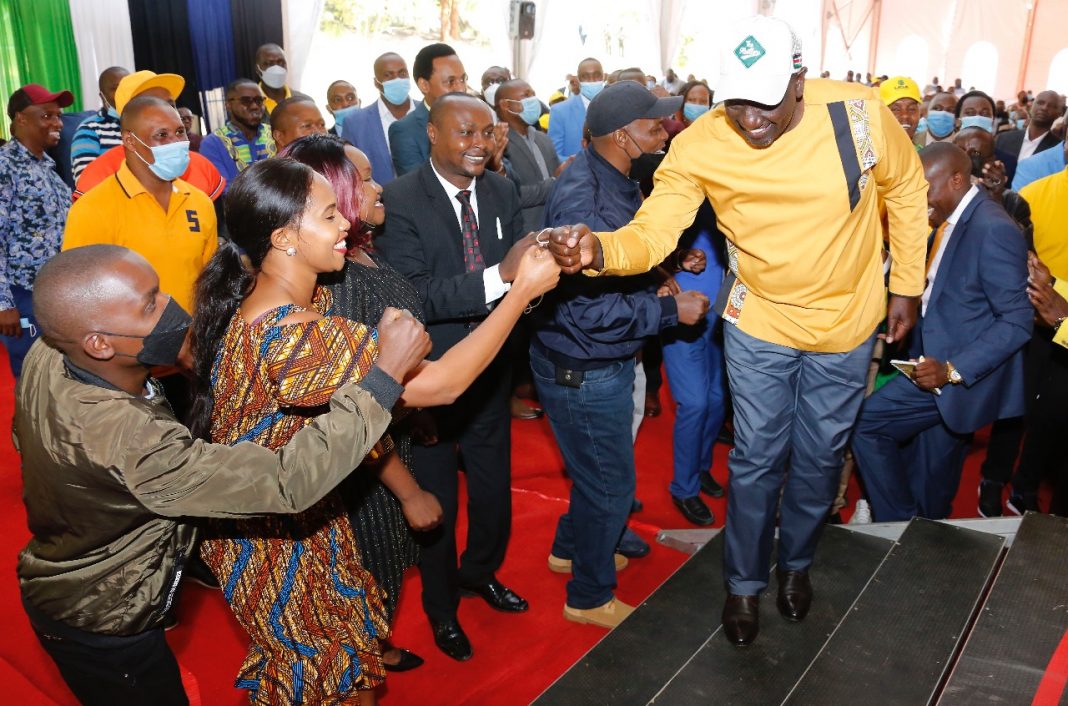 Deputy President William Ruto has asked politicians not to misinterpret the hustler narrative to incite Kenyans to achieve their selfish interests.

The Deputy President said the Hustler Nation is a movement of industrious Kenyans focused on their economic development.

Dr. Ruto said it was unfair for leaders to reduce Kenyans desire to eradicate poverty to a contest between the rich and the poor.

“The hustler movement is not about the rich and the poor. A hustler is a hardworking person working to climb the economic ladder,” said Dr. Ruto.

Speaking during a forum of aspirants at his Karen residence, Dr. Ruto said those in the Hustler Nation will implement the bottom-up economic model to uplift the lives of the poor, who form the majority of Kenyans.

“We will transform the lives of ordinary citizens by implementing the bottom-up economic model and do away with the trickle-down one that only benefits few people,” said Dr. Ruto.

The Deputy President noted that the Jubilee administration’s success stories were a result of changes in the models of delivery, saying the bottom-up model, too, will work.

“When we changed the models used in road construction and electricity connections, we drastically increased the country’s tarmac roads and the number of Kenyans connected to power,” he said.

Dr Ruto said unemployment was the biggest challenge facing the country that must be confronted strategically.

He said the Hustler Nation’s regime will invest in projects and programmes that will create jobs and reduce unemployment.

“The housing programme, which was part of the Big Four agenda that has since been derailed by the Opposition, would have created 2 million jobs by now,” said the Deputy President.

He said UDA’s bottom-up had been accepted by Kenyans as it focused on their immediate challenges.

“Today, every opinion poll ranks UDA, as the most popular political party in the country,” said Dr. Ruto.

The Deputy President said the party has the most popular presidential candidate and was poised to form the next government.

He called on Parliament not to use academic qualifications to lockout politicians seeking elective seats.

“It cannot be that the qualifications for Members of County Assembly (MCAs) are the same as that of the President,” said Dr. Ruto.

Mr. Muthama said UDA is a national political party that will accommodate every Kenyan.

“When I was in NASA, we used regional and tribal parties to seek the presidency, we lost twice. UDA is a party of all Kenyans that will form the next government,” said Mr. Muthama