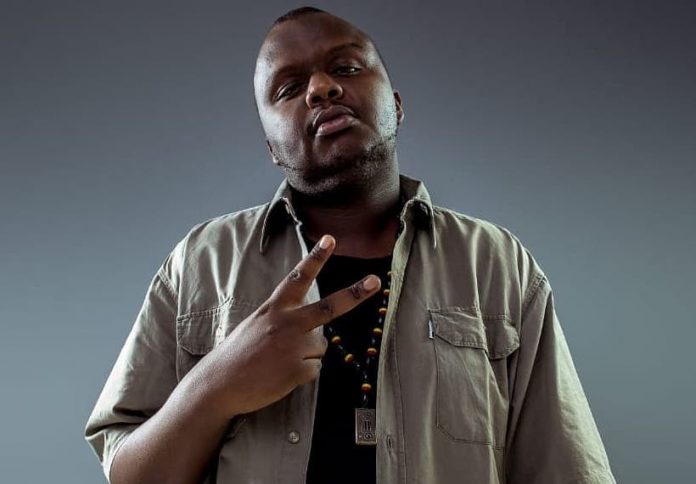 Gengetone artist Major Niemeyer Khadija popularly known as Mejja has clarified the reason as to why he calls himself with his mother’s second name. – By Stephanie Mwangi.

Mejja was raised in Nyeri Majengo slums to a single mother and his two brothers who raised them on her own after their father left.

“I call myself Khadija because my father was a sperm donor, as a child I didn’t understand the sacrifices she made for us sometimes I would find her crying in the house and she would act like nothing is wrong, when I grew up and had my own family I realized she went through a lot raising three boys. Coming to Nairobi people would always say the name was so feminine so I began insisting on the name mtoto wa Khadija because she is my inspiration.”

“I have faced so many challenges in such a manner that my father’s advice would really slap right now  but I had to deal with a lot on my own because there are things you can’t tell you mother so you to deal with them on your own .”

“I have kids something people don’t know and I vowed to never let them go through misery. It doesn’t matter if my baby mama and I are not together but the kids have nothing to do with whatever is going on.”

Speaking about his upbringing  when they were little he spoke about how he used to brag to his age mates that his mother could take several painkillers not knowing she had a brain tumor  and they didn’t have enough money to visit a specialist .

“In primary school we lived well since my grandmother was well-off but when she passed on it was made known to us that Khadija (my mother) was not her biological daughter so the family was against her inheriting any property.”

He did so many odd jobs some of which were illegal and he then got interested in music when he saw his elder brother rapping and he then began writing songs at the time he was selling miraa at night.

So one day he was coming out of the mosque from praying when a friend approached him  and told him that there is a Celtel  now airtel truck looking for artists  and  he won second place .

“That is when Clemmo noticed me after I had performed the Jana kuliendaaje song. After six months he called me and welcomed me to his home and he is one of the people who helped me connect to my dreams.”