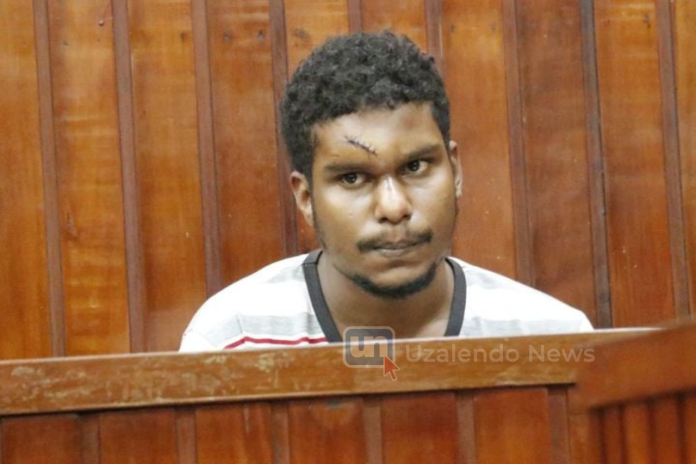 Mombasa High Court has detained a 20-year-old boy for 14 days after he allegedly assaulted his 80-year-old grandmother inside her bedroom and killed her.

According to police, the incident occurred on Saturday at 10 p.m., when Abdulaziz Ali Swaleh reportedly descended on his grandmother following a brief domestic quarrel.

Mr. Swaleh was brought before the Mombasa High Court, where the Investigation team requested extra time to keep him as they concluded their investigations.

According to an affidavit signed by Mohamed Mapemzi, the suspect murdered the grandmother by slitting her neck with a kitchen knife.

Police Constable Mapenzi also requested that the suspect be remanded, claiming that tension in his home were already high and that releasing him would risk his life.