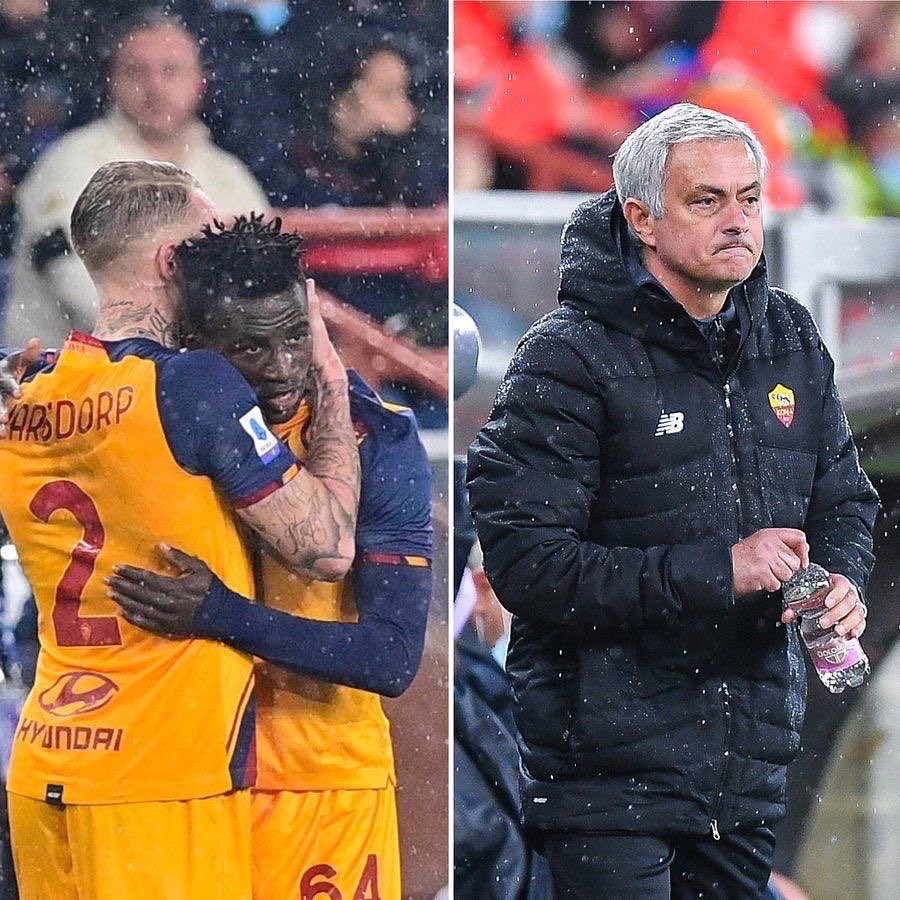 Roma boss Jose Mourinho has bought Felix Afena-Gyan a new pair of shoes after the teenager scored his first Serie A goals on Sunday night.

The 18-year-old came off the bench in the 75th minute of Roma’s game at Genoa, and netted a late double to give the Giallorossi a 2-0 win.

Ghanaian Afena-Gyan ran to the bench to celebrate with his manager after breaking the deadlock when he slotted in a pass from Henrikh Mkhitaryan in the 82nd minute.

“I promised him a very expensive pair of shoes, for 800 euros, and he came to me to make sure I didn’t forget,” Mourinho told broadcaster DAZN.

“I really like his coldness, his physicality but above all his humility.”

Afena-Gyan then added a stunning long-range strike in injury time to wrap up the points at the Stadio Luigi Ferraris and move Roma up to fifth in the table.

Mourinho made good on his promise and presented the youngster with the shoes on Monday.

After the match in Genoa Afena-Gyan spoke of his “great feelings” as he thanked his family for their support.

“I have to say a big thanks to God Almighty for what he has done for me tonight,” he told the Roma website.

“I dedicate the goals to the club, to the supporters, to everyone, to my family and to my mum. Mum… thank you so much for how far you have brought me. I really appreciate it.”