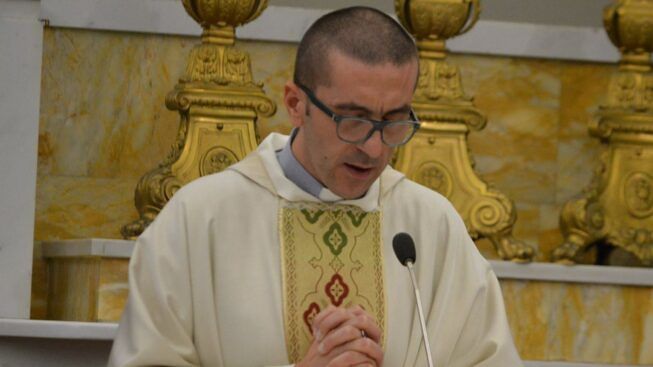 Pope Francis has asked Father Fabio Salerno to become one of his personal secretaries. He is currently working in the Section for Relations with States in the Vatican Secretariat of State.

In addition, Msgr. Gaid, who became Pope Francis’ personal secretary in April 2014, “is concluding his service.”

Responding to questions from journalists, Matteo Bruni, Director of the Holy See Press Office, confirmed the news on Saturday. He explained that as is the case in other curial roles, so too in this case, “a normal turnover of roles”, as desired by Pope Francis, is taking place.

Bruni also said Msgr Gaid “will continue his current role as a Member of the Higher Committee for Human Fraternity”. The Committee promotes the implementation of the “Document on Human Fraternity for World Peace and Living Together”, signed in February 2019 by Pope Francis and the Grand Imam of Al-Azhar, Ahmed al-Tayyeb.

Father Fabio Salerno will step into the position left vacant by Msgr Gaid.

He was born in 1979 in Catanzaro in Italy, and was ordained a priest in 2011 for the Archdiocese of Catanzaro-Squillace. He holds a doctorate from the Pontifical Lateran University in Rome.

After going through the Pontifical Ecclesiastical Academy, he served as secretary in the Apostolic Nunciature in Indonesia and at the Holy See’s Permanent Mission to the Council of Europe in Strasbourg.

COVID-19 Talent: How youths are coping with the global pandemic