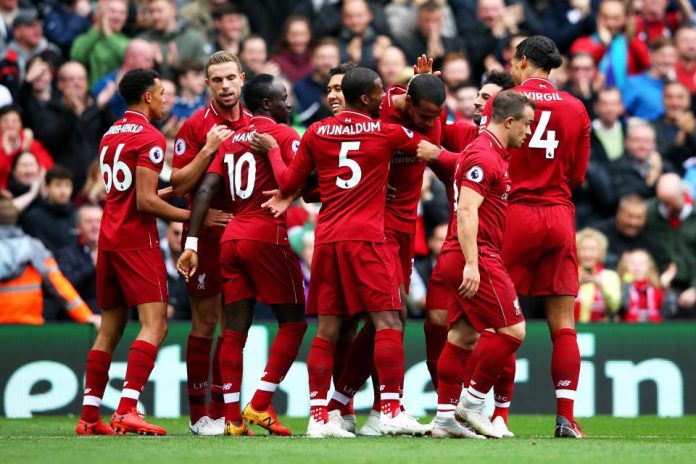 It increasingly pays dividends for football clubs to build amicable relationships behind the scenes, as Liverpool have found in recent years.

For example, after Christian Eriksen’s move from Tottenham Hotspur to Inter Milan went through smoothly in January, media reports suggest the Serie A club would be happy to do business with Daniel Levy once again this summer.

But following Bournemouth’s relegation from the Premier League, the Reds could do with finding another top-flight club to take their place as one they frequently do business with. The combined £35 million the Reds received for Dominic Solanke and Jordon Ibe represented excellent value for Liverpool, given what they’ve since gone on to do, while even in a difficult season the Vitality proved a good place for academy graduate Harry Wilson to go out and get some top-level experience.

With the Cherries now back in the Championship, sporting director Michael Edwards would do well to turn his focus to another south coast club with a highly-rated, progressive young English manager: Brighton & Hove Albion.

While Adam Lallana’s contract at Liverpool had expired and he was free to choose his next destination, going to Brighton now looks a natural fit, in hindsight. Having been a key player in the early years of Klopp’s tenure, the midfielder showed himself to be a keen and diligent presser of the ball and a useful player at progressing the ball in transition.

Should Lallana put his injury struggles behind him and do well down at the Amex Stadium, it could open the doors for Liverpool and Brighton to do business with one another directly going forward, with the potential for transfers in either direction being mutually beneficial given the synergy in playing style.

Like Klopp, Seagulls boss Graham Potter likes his men to build attacks from deep and draw opposition on to them. There would be less of an adaptation period and uncertainty were Liverpool to sign a Brighton player, or vice versa, than if one was to arrive from Sean Dyche’s Burnley or Steve Bruce’s Newcastle, for instance.

Selling dispensable players at high prices has proved useful in building Jürgen Klopp’s title-winning squad. Brighton would provide continuity to any players deemed surplus to requirements going forward.It could also prove a useful place to gain experience in the top flight if any of the next generation of Liverpool youngsters are to be sent out on loan.

Rhian Brewster, for example, may well benefit from playing at a higher level after proving himself at Championship level (11 goals in 22 appearances to help fire Swansea to the play-offs), a similar path Wilson trod in going from Derby to Bournemouth in subsequent loan stints.

The Seagulls will be well aware that they can’t match the biggest clubs for revenue or ambition, and will have structured their plans accordingly, buying and developing young talent with a view to making profits.

They have several players that Liverpool ought to be keeping tabs on.

Klopp’s side have recent experience of Leandro Trossard’s ability in the final third, the Belgian scoring the fifth goal of his debut Premier League campaign with a sweetly-struck half-volley past Alisson in Brighton’s 3-1 home defeat to Liverpool. He’s an energetic presence in the middle of the park and is a solid counter-attacking threat.

Neal Maupay is another that’s done well during his first campaign up in the top flight.

Sadio Mane has tested positive for coronavirus and is self-isolating

Education CS rules out either closure or reopening of schools