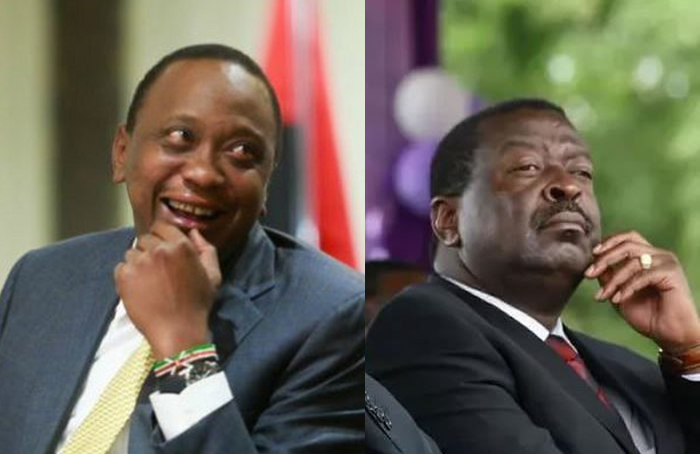 Amani National Congress party leader Musalia Mudavadi has dispelled rumours that he will be exiting the National Super Alliance to join the Jubilee Party – By Gerald Gekara.

Addressing Kenyans on social media, the stern NASA principle reitariated his committment to act in position of the official opposition.

:I want to make it clear that @anc_party is still a member of the NASA Coalition which has never been invalidated… Therefore, ANC will not enter into a coalition with the Jubilee Party.” Read the tweet.

Musalia went on to clarify the law, seeming to prick the Raila led ODM party into remembering its role, that a party cannot legally be in multiple coalitions.

“In addition a political party cannot legally be in multiple coalitions at the same time. We are the opposition and have to play our part questioning the government and hold them answerable and accountable to the general public. We as opposition are equally accountable in upholding the paramount interests of the citizens of the nation.” he continued.

Speculation is rife that the ODM party, which won most seats in the election as compared to the rest of the NASA principles, might jump on to the Jubilee ship. Thus taking up roles of sieved party rebels.

It seems like Mudavadi is now declaring his official stand as a possible 2022 preffered president, by trying to offer Kenyans an alternative leadership to the confusing and crowded option that is the Jubilee Government and its pupped opposition leaders.