Baridi Felix Mbevo, has now moved to Justice Maraga ‘s court to challenge the nullification of his victory by the Court of Appeal.

The Court of Appeal had nullified Baridi Mbevo’s election after his arch rival petitioned the court alleging that he won the election. 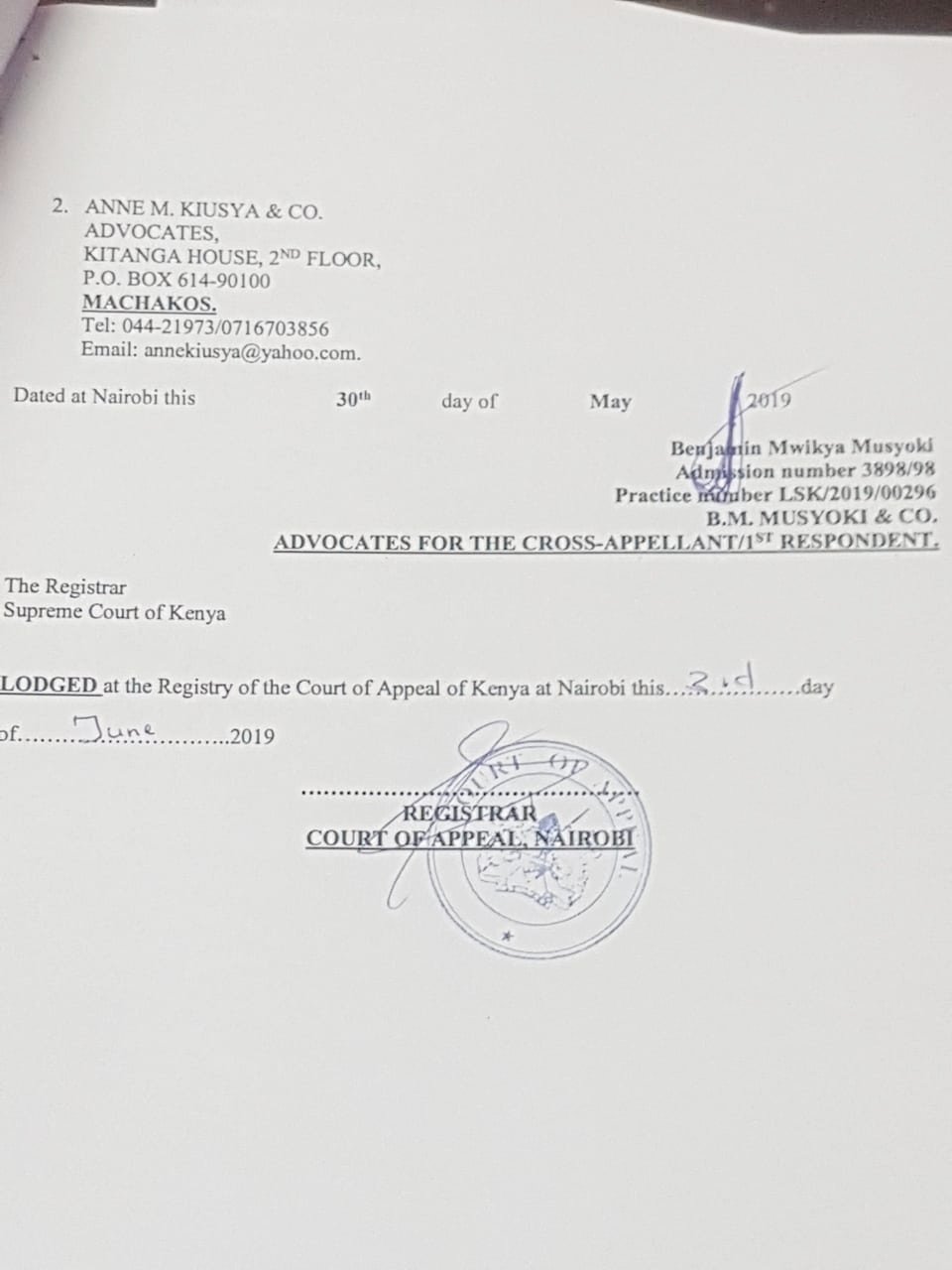 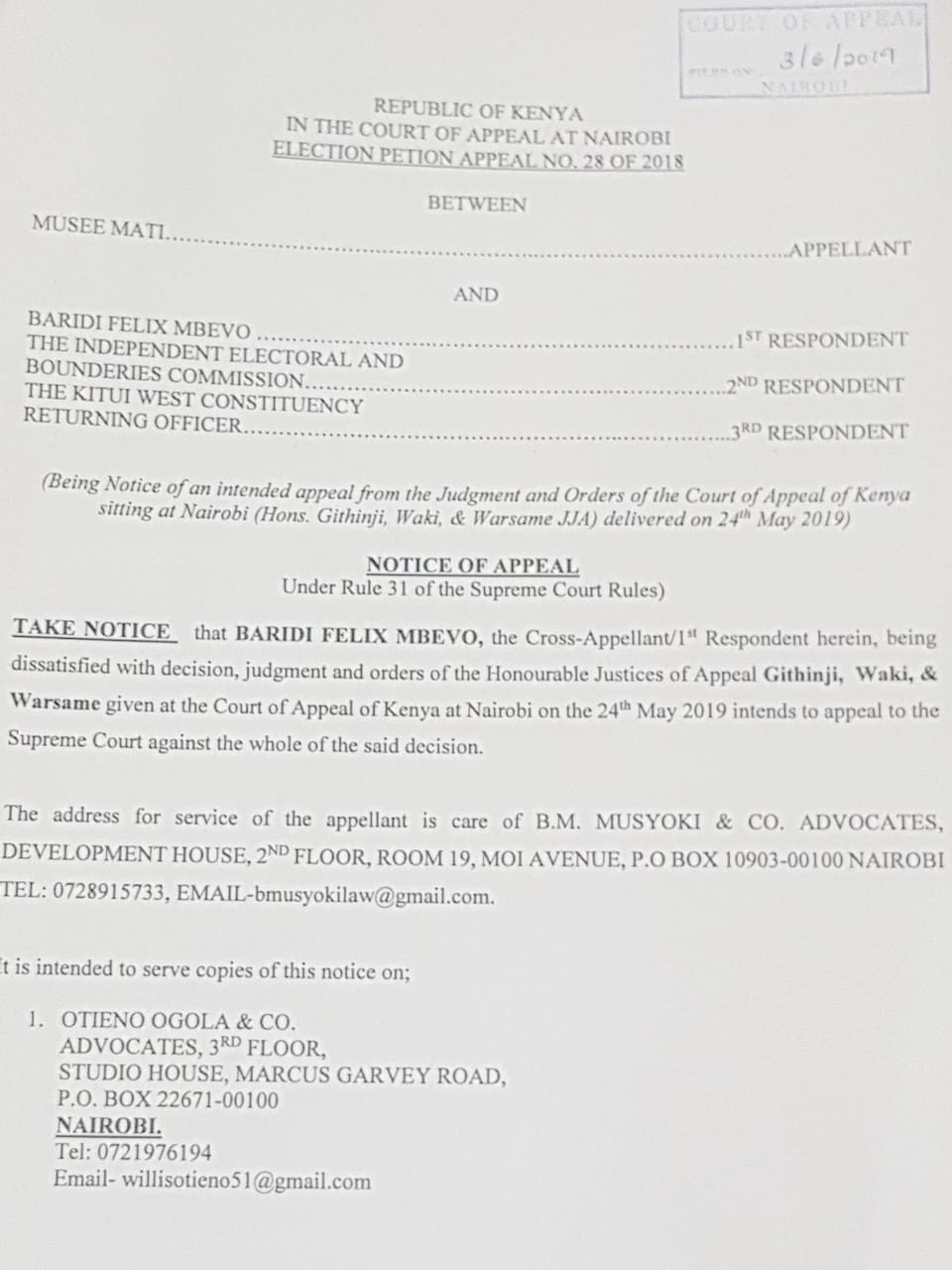 The political duel has become a political comedy in Mutonguni Ward, part of larger Kitui West Sub County and the most populated ward in Kitui West.

It is the home and political bed rock of the former Minority leader in Parliament the late Francis Nyenze. The same was inherited by incumbent Mp Edith Vethi Nyenze.