Home National At 47, New KRA boss is the Youngest ever Commissioner General 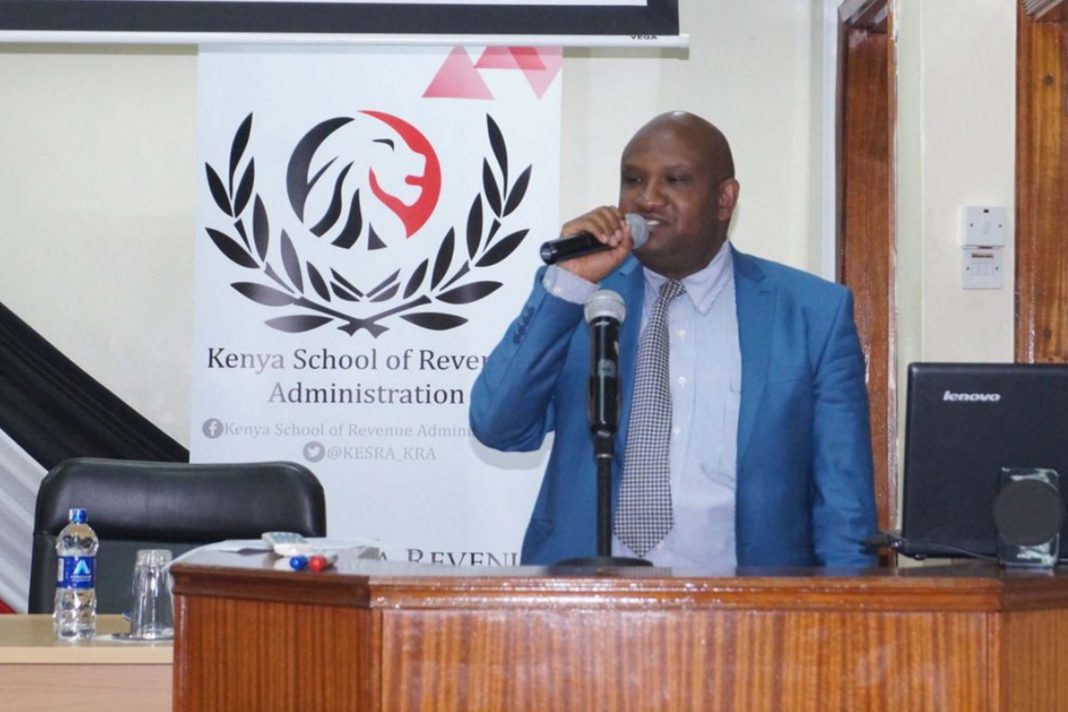 Mburu, the youngest ever KRA Boss at 47 years of age joins the authority at a time when the focus is on fighting graft based on a lifestyle audit of various staffers. His appointment was a foregone conclusion as the organization had anticipated that the position would be retained by a tried and tested person.

He replaces Mr. John Njiraini who failed to meet tax targets set by the government and was embroiled in a pension scandal involving the authority.

Njiraini also had a run in with a tiles dealer who claimed he was slapped with a tax bill as a way of fixing him.

Mburu was selected out of a board list of 3 that included, ICPAK Boss, Mr. James Mwatu.

The initial board interview was conducted by Price Waterhouse Coopers who narrowed down to a final shortlist of five that included prominent names from the international arena and the local corporate world.

His appointment takes effect on 1st July 2019, upon the retirement of current KRA Commissioner General, John Njiraini at the end of this month.

In his current role as KRA’s chief of intelligence, Mr Mburu has developed a formidable intelligence gathering infrastructure that has brought to grief the plans of many a tax evader.

During his tenure which started with his appointment in March 2017, the new KRA boss has overseen complex and highly sensitive tax investigations touching on powerfully connected companies and individuals.

No surprise then that his has been a turbulent tenure with legal suits filed by activist Omkiya Omtata seeking to block his appointment both as Commissioner of Intelligence and most recently as candidate for Commissioner General.

Insiders familiar with the recent recruitment say concerted efforts were mounted both internally and externally seeking to block his appointment as KRA boss with the bulk of them driven by fears about his stringent position regarding tax evasion and corruption amongst KRA staff.

Through the intelligence network he set up, high profile tax evasion attempts have been blown up with severe consequences for those involved.

Some of the more prominent ones include the abortive attempt in 2017 by Darasa Investments Limited in which taxes in excess of three billion shillings would have been lost through irregular duty-free sugar importation.

In 2018, intelligence helped to bust a multi-billion shilling tax evasion scheme by Chinese building materials retailer Housemart, a matter which is still pending before the courts.

Prominent personalities who ended up on the KRA intelligence boss’s radar include former Nairobi Governor Evans Kidero and his advocate Professor Tom Ojienda both of whom are fighting multi-million tax evasion cases.

Mr Mburu’s most recent assignments have included the high profile tax evasion investigation against Humphrey Kariuki’s Thika based Africa Spirits factory and corruption investigations into fraudulent activities that led to the arrest last month of close to eighty KRA staff.

Mr. Mburu, joined KRA twelve years ago in May 2007 with a brief to strengthen tax audit operations for the domestic taxes department. He rose through the ranks serving as second in command at the tax investigations department between ….. and February 2017.

He was appointed Commissioner of Intelligence and Strategic operations in March 2017, a docket responsible for intelligence management, corruption investigations, cyber surveillance and local and international tax information exchange.

The department is also tasked with representing KRA in government-wide law enforcement initiatives including at the Multi-Agency Task force.

Prior to joining KRA, Mr Mburu worked as technical standards officer at the Institute of Certified Public Accountants of Kenya (ICPAK), where he met his current boss and outgoing KRA Commissioner General, John Njiraini.

He briefly worked with CFC bank for … years between … and …. before rejoining his former boss, who had at the time joined KRA in April 2006 as Commissioner of Domestic Taxes.

Insiders say that the outgoing KRA boss has high regard for Mr. Mburu’s competence and uncompromising stand towards tax evasion. Mr. Mburu is reputed to have been a close confidant of the outgoing boss.