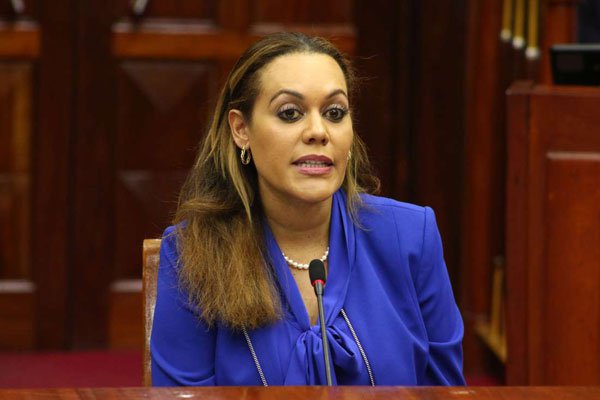 Kenyan ambassador to South Korea, Mwende Mwinzi has formally presented her credentials to the host head of state on Wednesday.

The South Korean Foreign Ministry on Wednesday announced that Ms Mwinzi was among eight foreign diplomats who presented their letters of credence to President Moon Jae-in at the Blue House in Seoul, signaling their full start of work as ambassadors.

This ends a controversial bid to block her due to a debate over dual citizenship.

She was elected by President Uhuru Kenyatta but blocked by the National Assembly, who said she must renounce her second nationality before taking up the post.

“Look at my life, from adulthood, everything has been Kenya-bound,” she told Parliament during vetting.

The MPs retained the caveat proposed by the Committee on Defence and Foreign Relations chaired by Mr Katoo ole Metito, however, and the report that approved other nominees meant that as others were approved and posted to their respective stations, Ms Mwinzi’s appointment letter was subject to parliamentary check of her nationality. However, South Korea had already accepted her appointment.

She sued the parliament over the matter and the high court ruled that she cannot be forced to renounce her US citizenship as it was acquired by birth.

Justice James Makau ruled that the court could not force the government to deploy her as her vetting process involved parliamentary approval.

“It is in the public interest that the process should be allowed to be completed,” the judge ruled then.

In his ruling, Justice Makau said the nominee falls within the category of Article 78(3)(b), which exempts persons who have been made citizens of another country by operation of that country’s law, without the ability to opt out.

All that time, the Foreign Affairs ministry had insisted she was not a diplomat yet.