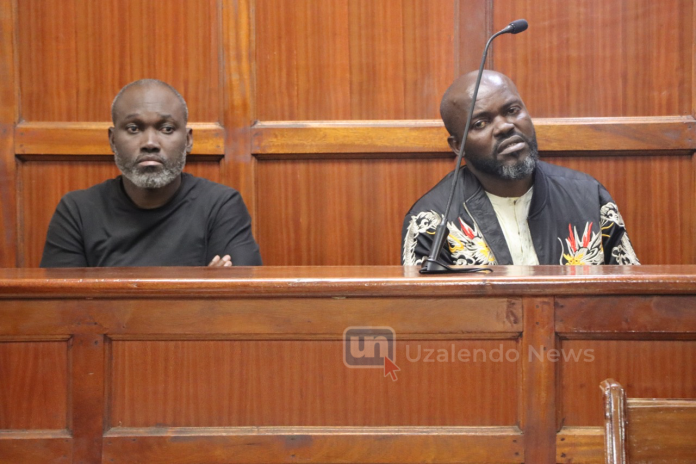 Two foreign National were today arraigned in a Nairobi court facing accusations of obtaining money by falsely pretending they were in a position to supply Gold.

Abdallah Mckeny Mckenzy from Cameroon and Nancy Ted Malik Lounou from Gabon were charged before Milimani law courts with obtaining Kes 215,176,500 from Celik Mesut by falsely pretending they were in a position to sell 33 Kilograms of Gold.

However, the two denied particulars of the charges.

The prosecution objected the release of the accused persons stating that Nancy Ted Malik Louno has no known place of abode and that on December 23,2022 he was charged and fined Kes 136,000 before Kahawa law courts for being unlawfully present in Kenya.

The Court fixed January 26,2023 to deliver ruling on whether to grant the accused persons bond or order their detention pending hearing and determination of their case.