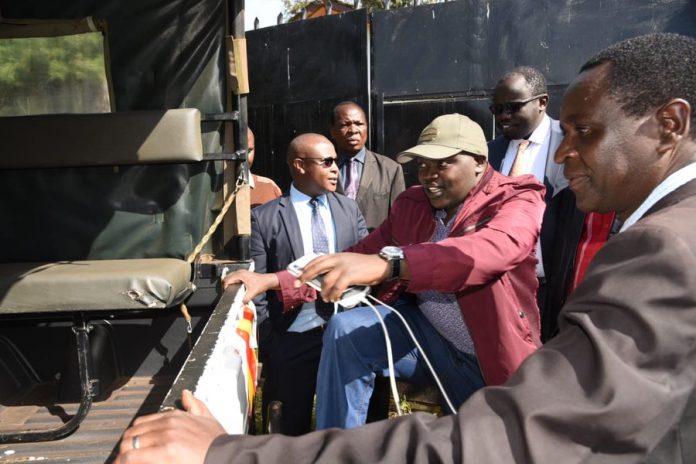 Detectives from the DCI surrounded Nandi Senetor Samson Cherargei this morning, who is wanted by the detectives over allegations of incitement.

This comes a day after a warrant of arrest was issued by the DCI, summoning the senator to record statements of the said charges.

The Nandi Senator will be explaining his remarks that he made at the funeral of the late teacher Dominic Kiptoo Choge at Lelwak in O’lessos.

Cherargei claimed that supporters of Deputy President were “marking and profiling” those opposed to his presidential bid. He went further to warn that when the time comes they would “deal with” the DP’s opponents.