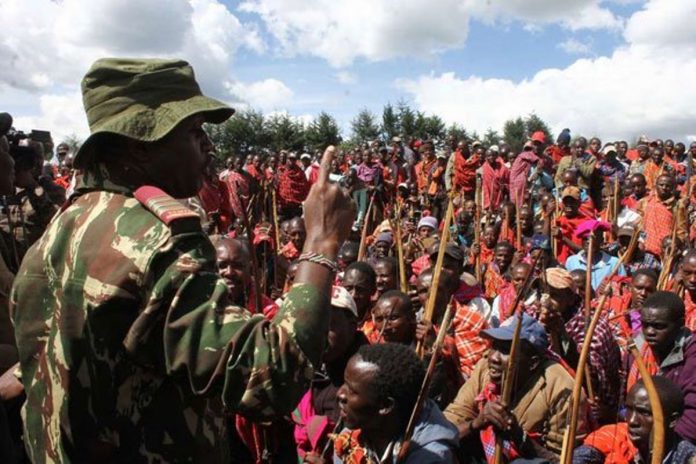 Irregular land allocation issues have been identified as the root cause of skirmishes in Melelo and Ololulunga wards in Narok South Sub County.

Samuel Kobia said a large portion of the land in the area did not have valid land documents.

“My mother sold all our ancestral land in Bomet to buy land in Melelo, but unfortunately to date, we have never had any legal land document,” said Ms. Chepngeno who has lived at Melelo area for over ten years now said their efforts to get the legal title deeds of the land they occupy has been futile because of many middlemen who are involved in the process.

Narok South County Commissioner, Felix Kisalu lashed out at the community for costing the country over Sh. 20 million to bring peace in the area.

Kisalu promised that in three months’ time, all land-related disputes will be sorted out as he has already engaged the land officials to give a clear map and title deeds to the residents.

“The people will have to look for another factor as I will ensure I have resolved all land-related cases in 90 days’ time,” said Kisalu.

He added that he has already begun a series of meetings with the group ranches officials who he asked to tell the truth about the land boundaries and their members in a bid to solve land issues in the area.

“Anyone who wants to buy land in this area should get it from the original land owner, not the brokers, because if you buy from brokers you can easily be misled and you will have no one to blame,” advised Kisalu.

NCIC Chairman Rev. Kobia said the commission had established that the root cause of tension in the area was land-related issues where people have bought land writhed with disputes.