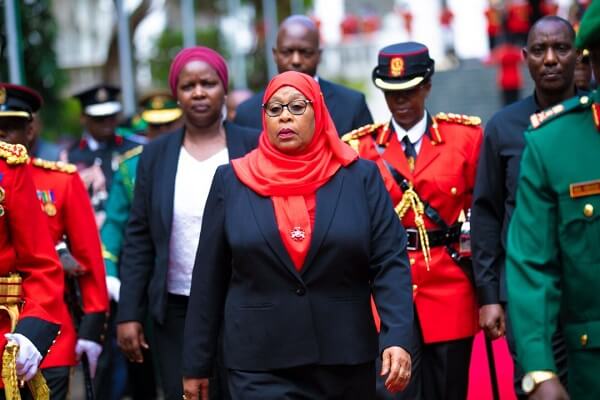 Tanzanian President Samia Suluhu Directs the Formation of a COVID-19 panel of experts.

She says Tanzania cannot Survive as an Island country, and would keep its sovereignty by not absorbing anything that comes from ‘the outside’.

The President has said, the committee will advise on how to cooperate with the International community in fighting the pandemic.

President Samia Suluhu Hassan also ordered for the resumption of broadcasting by TV stations shut down by her predecessor. The move has been hailed as a game changer for media freedom.

Tanzania’s government closed a critical newspaper, the weekly MwanaHalisi for two years after accusing it of inciting violence.

Another newspaper — Mawio — was banned in June 2020 over articles it published linking two former presidents to alleged improprieties in mining deals signed in the 1990s and early 2000s.

The moves cemented President John Magufuli’s pledge in January that the days of newspapers his government viewed as unethical “were numbered” — a statement that triggered concerns about censorship.