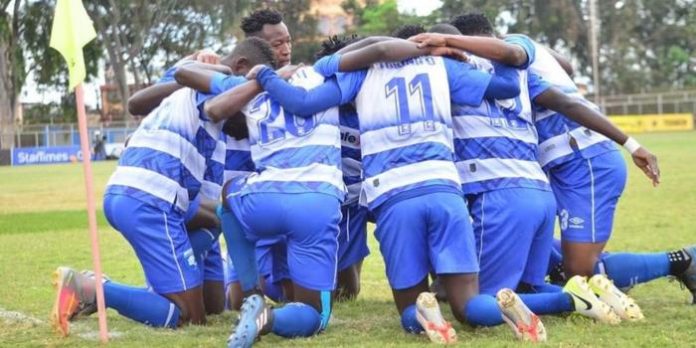 Through a letter dated, Wednesday, January 25, the Federation noted that Ingwe was not allowed to air live any match for commercial purposes.

AFC had announced that accessing the live stream of a single match would cost one Ksh500.

AFC Leopard’s management had written to the Federation requesting for permission to air their matches live.

“Reference is made to our letter, approving your request to live stream your home match against Kakamega Homeboys FC, on condition that the purpose for the broadcast shall solely be for the interest of the public and not commercialisation purposes,” part of the statement read.

FKF noted that it only approves live streaming requests for the sole purpose of public interest and not commercialisation.

“Moreover, we wish to remind you that FKF and its members have the sole and exclusive rights to exploit any and all Broadcast Rights including but not limited to mainstream and digital Broadcast rights relating to all FKF leagues and/or competitions,” the statement read in part.

The Federation indicated that if it were to secure a broadcasting partner, all rights associated with the broadcast of matches in all leagues will revert back to the federation.

AFC won their match against the Police, 1-0 thanks to a goal from Ojo Olaniyi in the 71st minute.

Ingwe’s next match will be against rivals Gor Mahia in the Mashemeji Derby on Sunday, January 29.