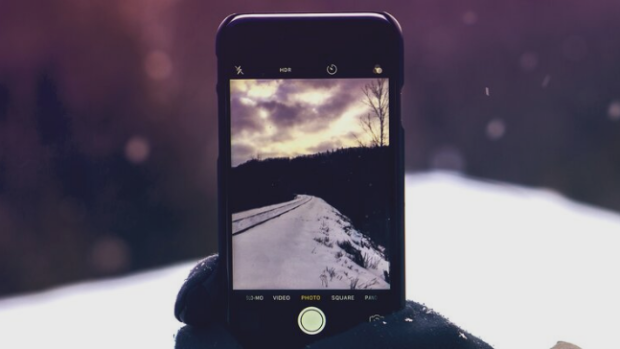 Zooming in phone cameras makes the picture blurry … do you all agree? And there is plenty of room for improvement.

Most smartphones use a stacked system of lenses, which adds both weight and bulk, and ruins a phone’s sleek design on its backside.

But that could all change in the near future with new lens technology, including improved camera zooming and features that mean brighter photos, all while reducing the space and weight this takes up on your handset.

scope Photonics has found a way to make liquid crystals “spin like tops” and reorganize themselves based on how light moves through them. The effect is to mimic a zoom lens system.

So instead of a series of lenses, Scope’s system can zoom in and out with just the one lens. The International Runner Up for the 2020 James Dyson Award, Scope is prototyping the lens technology on medical devices first, and aims to bring these lenses to smartphone cameras in three years.

“I’m comfortable in predicting we can achieve 10 times zoom with our liquid crystals, but this innovation offers a lot of opportunity for growth so you never know where we’ll be at in a few years’ time,” Mr. Beggs says.

Emerging from Cambridge, Massachusetts, another start-up wants to get rid of that “camera bump” found on the back of your smartphone and brighten and sharpen images at the same time.

Our phones use plastic and glass lens elements stacked over an image sensor, but Metalenz’s design harnesses a single lens built on a glass wafer between just one and three square millimeters in size.

Its silicon nanostructures manipulate light rays in a way that allows for brighter and sharper images compared to standard lens elements. Chief executive Robert Devlin says Metalenz is also working on fine-tuning the focus application on cameras, including for video imaging. “We want to improve real-time auto-focus, so the camera is picking out the right object to put into focus,” he says.