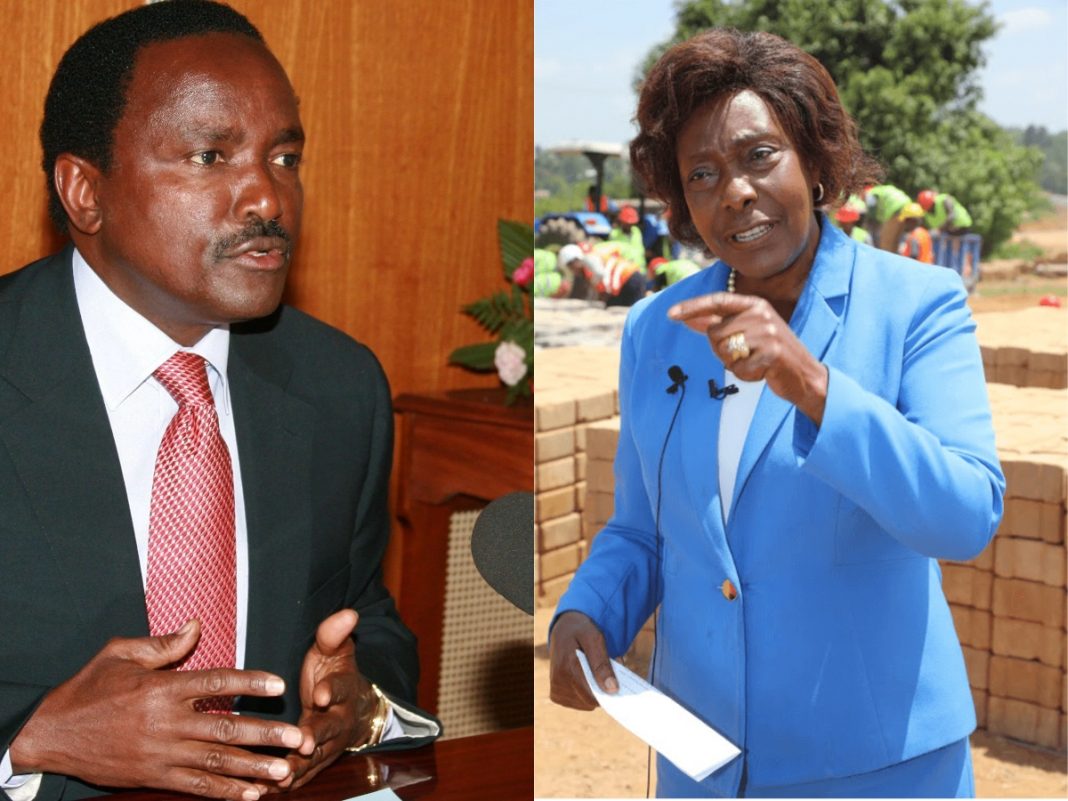 As he aspires to run for president in the 2022 general election, Kitui Governor Charity Ngilu warned Wiper Party leader Kalonzo Musyoka not to count on the Kamba Community.

During an interview, Ngilu stated that the Kamba community lacked the necessary numbers to drive one to the country’s top position.

She counseled Kalonzo to swallow his pride and withdraw his presidential campaign rather than be disappointed, adding that the presidential aspirant is surrounded by the wrong advisors.

She used the example of her 1997 presidential campaign, saying that the reason she didn’t win was that her supporters lacked the numbers needed to help her achieve her objectives.

Ngilu went on to tell Kalonzo that the only way he has a chance of becoming Prime Minister is to back Raila Odinga, the former Prime Minister.

The governor delivered the same message to the leaders of the One Kenya Alliance, including Musalia Mudavadi of the Amani National Congress, Gideon Moi of Kenya African National Unity, and Moses Wetangula of the FORD Kenya party.

“Kalonzo Musyoka, like his One Kenya Alliance allies, is a good leader. However, they will not be able to defeat Raila in terms of votes,” Ngilu noted.