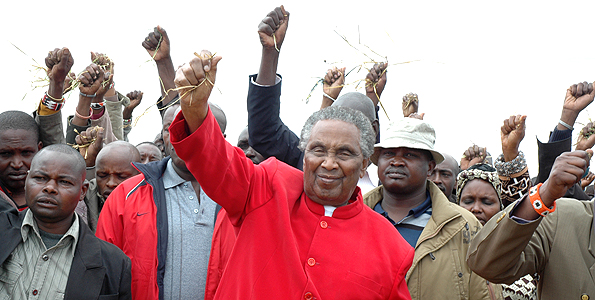 The children of late Cabinet minister William Ole Ntimama have won a legal battle over a Sh100 million investment fund handled by Britam.

The monies are solely owned by their mother Dorcas Pedelai Ntimama, who passed away in June of this year.

According to the court, Dorcas held the investment account alongside her late daughter Vivian Talash Ntimama.

After Vivian passed away in January 2020 at the age of 42, her husband, Erick Kimani, claimed an interest in the fund as the administrator of her estate.

In January 2018, Vivian and her mother signed the account’s signing and operations mandate.

Vivian’s estate claimed that she was not only a signatory to the account but also a joint subscriber and owner, according to court documents.

Dorcas allegedly deposited part of her inheritance from Ole Ntimama, who passed away in September 2016, with Vivian, based on her husband’s will.

According to the late politician’s Will dated June 24, 2015, possessions donated to Dorcas, including land in Lavington Estate and CIS Mara/Olopito, were to be inherited by his last-born daughter Vivian.

As a result, Ole Ntimama had told Vivian to make provisions for his wife Mama Dorcas’ upkeep, comfort, and maintenance, as well as to generally look for her throughout her life.