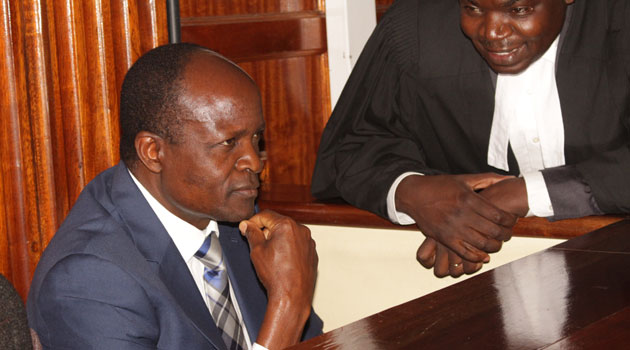 Migori Governor Okoth Obado’s time in office could be nearing a bitter end, after reports emerged that ODM could initiate his ouster. – By Gerald Gekara

A statement from the party quoted that recent corruption charges and the decision by the court to bar him from accessing his office.

“The party in consultations with County MCAs has resolved to have a motion of impeachment against the Governor initiated immediately and have the Deputy Governor take over,” ODM said.

Migori MCAs were to have a meeting with the ODM national leadership on Tuesday at the party headquarters but the venue was later changed.

Governor Obado and his four children are accused of stealing money amounting to millions of shillings from public coffers.

His ten co-accused were also freed on different bail terms of between Sh2 million and Sh8.2 million.

They were barred from accessing county government offices.

All the accused were warned against interfering with State witnesses.