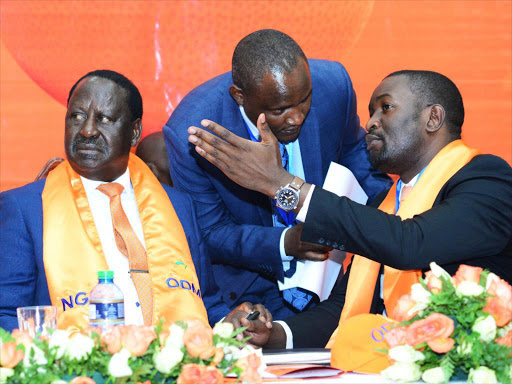 The Orange Democratic Movement party will unveil its flag bearer for the 2022 general elections in the coming days. – By Gerald Gekara.

“The National Elections Board is directed to immediately begin the process of identifying the party’s presidential candidate for purposes of the 2022 general elections by inviting those interested to express their interest,” said ODM Party Secretary General Edwin Sifuna.

The announcement comes hardly a month after Jubilee party break away UDA party unveiled its official outfit and preferred candidate for the elections.

“The party’s central committee has at its meeting this morning resolved to officially launch preparations for the 2022 elections,” he said.

ODM, famed for its ‘process’ in handling party matters will now present the advertisement through its National Elections Board, and prepare for campaign rallies.

According to Sifuna, the party is expected to release a timetable of the exercise in the next seven days.

The official opposition party, whose party leader got into an agreement with the Jubilee Party, said that it will insist on a structured and formal negotiation with partners and allies on all matters.

However, many have predicted Raila Odinga as the only candidate who would match up against Jubilee Party’s William Ruto, the Deputy President of Kenya.