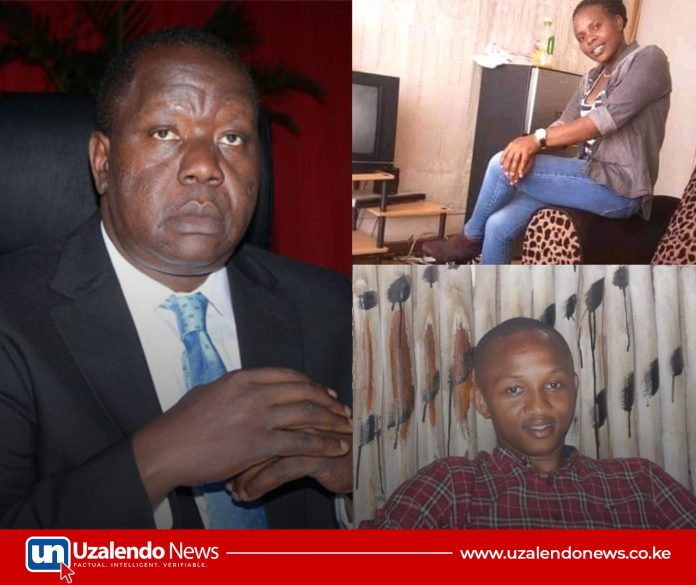 Interior CS Fred Matiang’i has confirmed the death of a police constable who was attached to his ministry.

According to his statement, the guard killed his wife before taking his own life.

Matiang’i said frustrations and challenges plague young officers, who have been victims of suicidal thoughts.

“It’s a rude awakening to psychological challenges amongst some of our young officers that we have no choice but to now pay greater attention to. My sincere condolences to their families and friends,” he stated.

According to the Police, the constable, Hudson Wakise and his wife who was also a police officer, had a quarrel over alleged infidelity.

“Wakise briefly talked to his wife and they started exchanging bitter words. The wife was accusing him of infidelity. As a result, Wakise went out of the house and shortly returned in the sitting room. He suddenly drew out his Jericho pistol s/no. KP- 44333035 and fired several rounds at his wife’s chest killing her instantly. He then turned the firearm to himself and shot on his chin,” a statement by the National Police Service confirmed.

Their bodies have been moved to the Kenyatta University Mortuary awaiting postmortem.