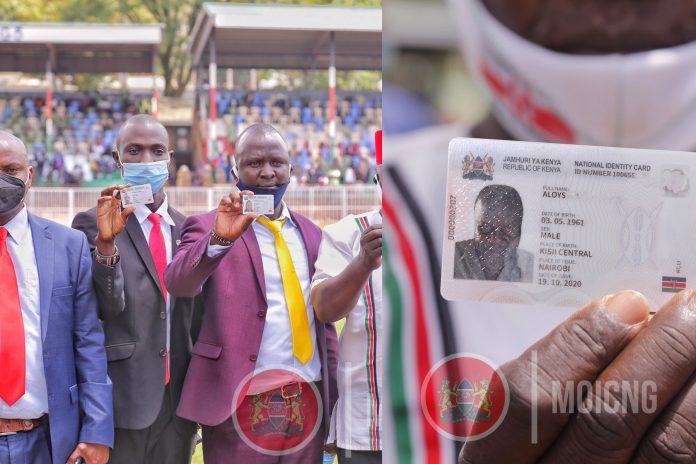 The government has lamented the slow uptake of the Huduma cards, whose roll out begun in February 2021.

According to the statistics, Government Spokesman Cyrus Oguna says out of the 1.3 million Kenyans whose cards are ready, 200,000 of them actually picked their cards.

“Only 10 per cent of the cards that have been sent out have been collected…which is about 200,000,” said Government Spokesman Col. Cyrus Oguna.

In the sms system that was meant to control the roll out of the cards, a text message is sent from the Huduma Namba department.

This alerts anyone who registered for the card, to collect them at a preferred pick up location.

According to data so far, GPO huduma centre has dished out 693 huduma card out of 1,987 cards.

Embakasi huduma center has handed over 5,672 cards out of the 51,191 lying at the offices.

The Dr. Fred Matiang’i led Interior ministry said members of the public could receive their cards once an SMS notification on the same is delivered to you.

The exercise that was carried out in 2019 aimed at integrating government services into one single card.

First to recieve the cards were President Uhuru Kenyatta, First Lady Margaret Kenyatta, as well as six other Kenyans.