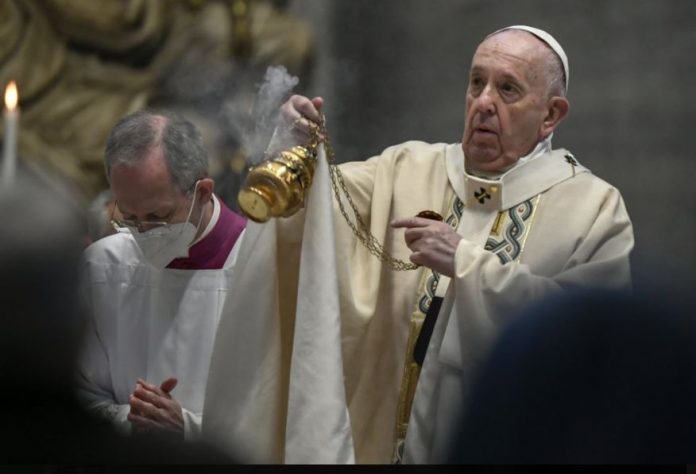 Christianity’s most joyous feast day was celebrated worldwide with faithful sitting far apart in pews and singing choruses of “Hallelujah” through face coverings on a second Easter Sunday conditioned by pandemic precautions.

In some traditionally Roman Catholic countries in Europe, Easter featured a new ritual: lining up to get a COVID-19 vaccine.

In the Holy Land, air travel restrictions and quarantine regulations prevented foreign pilgrims from flocking to religious sites in Jerusalem during Holy Week, which culminates in Easter celebrations.

Normally, thousands would attend the Mass celebrated by Francis, and a crowd would gather outside in St. Peter’s Square, with more than 100,000 sometimes assembling to receive the pope’s special Easter blessing after Mass.

Francis delivered his noon Easter address on world affairs from inside the basilica, using the occasion to appeal anew for the international community to step up to ensure vaccines reach people living in the poorest countries.

In Jerusalem, the Easter service at the Church of the Holy Sepulcher was celebrated by Latin Patriarch Pierbattista, the senior Roman Catholic cleric in the Holy Land.

In South Korea, Yoido Full Gospel Church, the biggest Protestant church in the country, allowed only about 2,000 church members to attend Easter service, or about 17% of the capacity of church’s main building.

Masked church members sang hymns, clapped hands and prayed as the service was broadcast online and by Christian TV channels.

Early on in the pandemic, the country’s churches were closed to group services and only open for individual prayer.

Church bells in Italy summoned people to services unusually early, tolling before sunset in some places. Some French churches held their traditional midnight Easter services just before dawn Sunday instead of on Saturday night because of a nationwide 7 p.m. to 6 a.m. curfew.