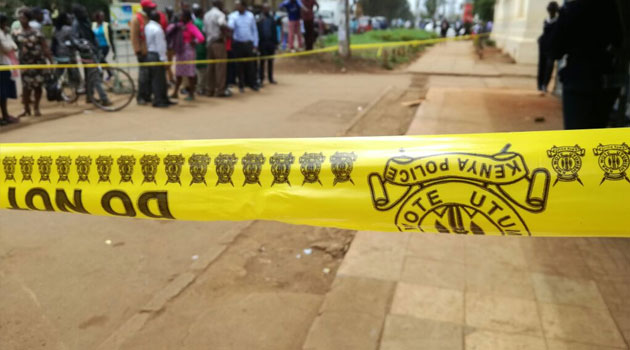 The directorate of criminal investigations has arrested one Violet Asale who is suspected of murdering her fiance in Kahawa Wendani, Kiambu county.

According to the sleuths, the couple was involved in an argument before the 27-Yr-Old wife attacked the private ranked army officer.

Moments after inflicting pain on her victim, the DCI say the lady reached for an object which is believed to be a knife, and ended the Gilgil based officer.

She rushed the body of the officer to hospital after realising he was not moving, but was pronounced dead on arrival at the Kahawa Garrison health centre

The suspect is in custody to aid police officers with investigations.

Incidences of couples murdering their significant others have been on the rise, with experts pinning the spiraling horrific acts on strained family relations brought by the pandemic.

The most recent was the death of a man and his two sons, whom neighbours say he killed after an argument with his wife.