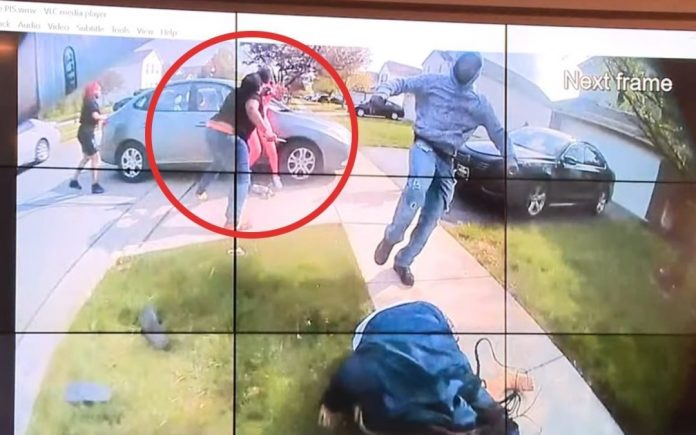 When responding to an emergency call about an alleged stabbing, a police officer in the US state of Ohio shot and killed a 16-year-old black teen.

Bodycam video from the incident shows numerous people assaulting a male before the girl is shot several times, according to Columbus police.

The Columbus Dispatch newspaper announced that police were called to an address in a south-eastern part of Columbus at around 16:45 local time (20:45 GMT) on Tuesday.

The police released bodycam video of an altercation with a group of people outside a house before one of them, Ma’Khia Bryant, threatens to lunge at another person in the group.

Speaking to local broadcaster WBNS-TV, Ma’Khia Bryant’s mother, Paula Bryant, said she was “hurt” by what had happened and that her daughter was a “loving girl”.

“This shouldn’t have happened,” she said, adding: “I want answers.”

Paula Bryant said her daughter, who had been staying at a foster home, was “looking forward to coming home”.

At a news conference, the interim chief of Columbus Police, Mike Woods, said an inquiry was being conducted by the Ohio Bureau of Criminal Investigation.

The shooting in Columbus happened shortly before a jury found a former police officer guilty of murder over the death of African-American George Floyd on a Minneapolis street last year.

Derek Chauvin, 45, was filmed kneeling on Mr Floyd’s neck for more than nine minutes during his arrest last May.

The widely watched footage sparked worldwide protests against racism and excessive use of force by police.

Protesters later gathered in Columbus near the home where the girl’s shooting took place.