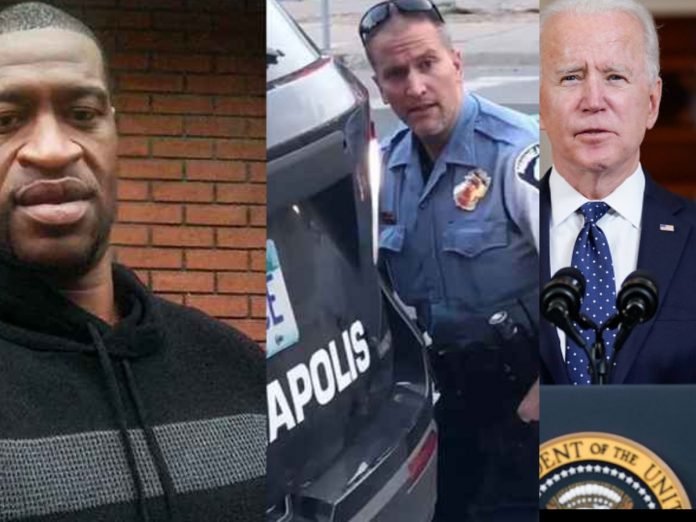 US President Joe Biden has said the conviction of a former police officer in the killing of George Floyd “can be a giant step forward in the march toward justice in America”.

Sentencing is likely to happen in two months, and Chauvin could spend decades in jail. He is expected to appeal against the verdict.

In a phone call with Mr Floyd’s family after the verdict was announced, the president was heard saying: “At least now there is some justice.”

In televised remarks shortly afterwards, Mr Biden said that such a verdict was “much too rare”.