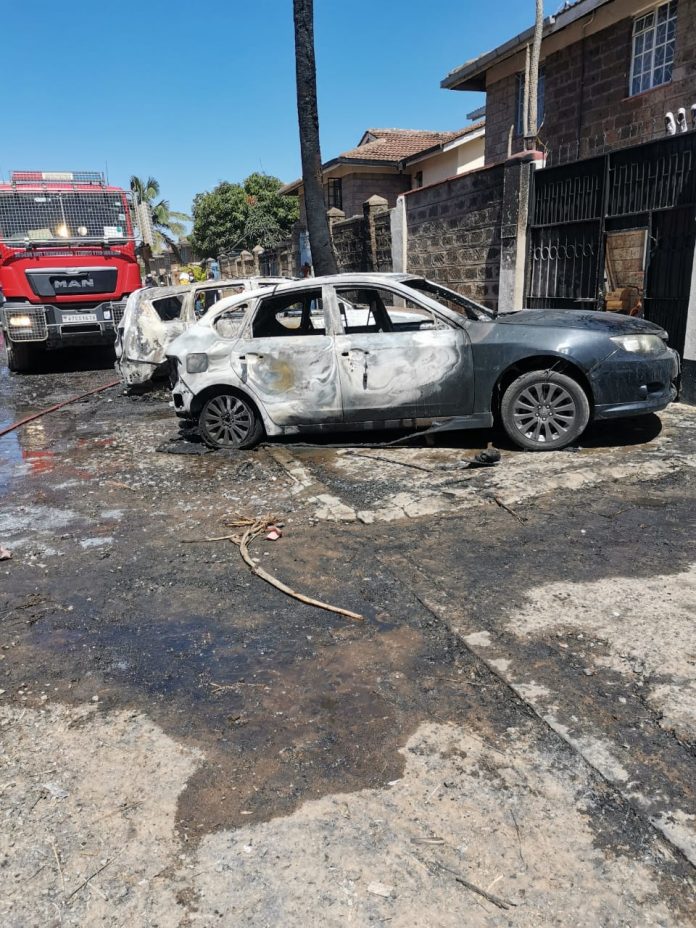 A resident of Imara Daima estate was left in agony after two of his motor vehicles innocently parked were torched down in a rogue fire incident.

According to area residents, there was a group of children who lit fire on a palm tree branch. However, the fast spreading fire headed for the two motor vehicles parked at the entrance of the victim’s home.

It was then that the children rushed for help to the neighbors, who then alerted the fire department.

However, by the time the fire was out, two of the vehicles were burned to shells.

Police officers who arrived at the scene cautioned residents to be vigilant of their property saying investigations will be carried out.