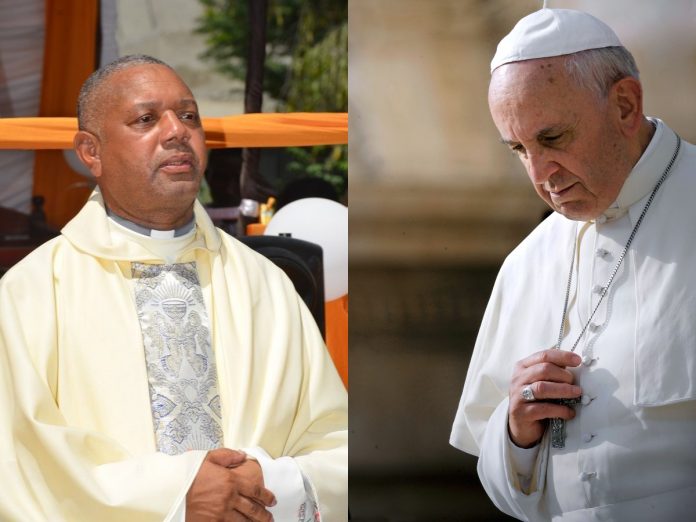 The news of the appointment of Bishop-Elect Wilybard Lagho was officially made public in Rome on Monday 28th, December 2020 at Noon, Rome Time (2.00 p.m. Kenyan Time).

The letter of his appointment was sent to the Kenya Conference of Catholic Bishops (KCCB) by the Apostolic Nuncio to Kenya, His Excellency Archbishop Hubertus van Megen.

Bishop-Elect Lagho will fill in the vacancy left by the Late Bishop Emanuel Barbara O.F.M. Cap., who died on 5th, January 2018.

The Bishop-Elect is currently the Vicar General and Head of Secretariat in Catholic Archdiocese of Mombasa of Mombasa. He is a Former Consultor in the Pontifical Council for Inter-religious Dialogue (Rome) Italy.

In 2011-2016, he was the Chairman Coast Interfaith Council of Clerics Trust (CICC) Mombasa and in 2015-2016 he was Lead Consultant for the pilot study on Religion & Peace in East Africa sponsored by DANMISSION-Netherlands.

As such, Bishop-Elect Lagho has been at the forefront of preaching peace amongst the people of Malindi and Mombasa to ensure unity and peaceful co-existence between the Christians, Muslims, Hindus, and traditionalists in the coastal region of Kenya.

He was ordained Deacon on 21st, December 1985 and ordained a Priest on 25th, April, 1987 in Catholic Archdiocese of Mombasa.

In 1965-1974, he was at St James Primary School in Mgange Dawida village in Taita-Taveta County.