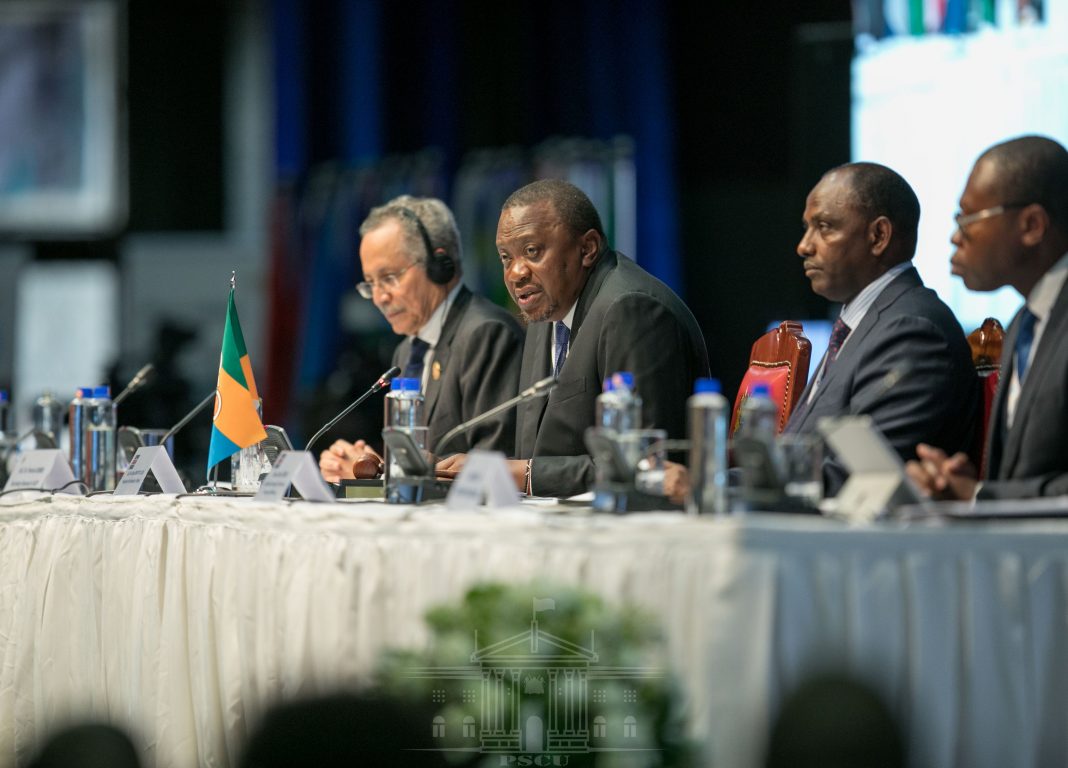 President Uhuru Kenyatta has assured that during the three year tenure as chair of the African Caribbean and Pacific (ACP) group of states, Kenya will work to promote and protect the interests of the bloc.

President Kenyatta said Kenya will prioritise the integration of ACP states into the global economy and push for the conclusion of the new partnership agreement with the European Union.

“Going forward, Kenya as the chair of the summit reaffirms her deep commitment to the objectives and principles of the ACP group of states,” President Kenyatta said.

The President was speaking today at the Kenyatta International Convention Centre at the end of the two-day 9th Summit of ACP Heads of State and Government.

The Kenyan leader, at the same time, encouraged ACP nations to ensure that the decisions made at the Nairobi summit are fully implemented, saying they have the potential to radically transform the ACP group.

Speaking during the occasion, ACP leaders endorsed and adopted resolutions of the Nairobi summit dubbed the “Nairobi Nguvu ya Pamoja Declaration”.

The declaration that was read by Ambassador Fatumanavu Luteru of Samoa focused on four key pillars in which member states committed to multilateralism, environmental sustainability and climate change, intra-ACP cooperation and economic development.

President Kenyatta termed the 9th ACP summit, which attracted 19 Heads of State and Government and representatives from 70 of the 79 member states across the Six ACP regions, as a great success.

President Kenyatta noted that many business partnerships were established during the summit while the ACP exhibition village gave some insight into the diversity and richness of the investment potential of the ACP bloc.