The President said the work of the organisation, which includes ambulance services, highway emergency response, first aid and safety training as well as maternal healthcare advocacy, has eased pain in many homes in Kenya.

He gave the organisation a personal donation of Shs 10 million as a token of appreciation for the good work it is doing.

The President spoke when he addressed thousands of volunteers who gathered at State House, Nairobi, for the 91st Annual Inspection Parade of St John Ambulance. 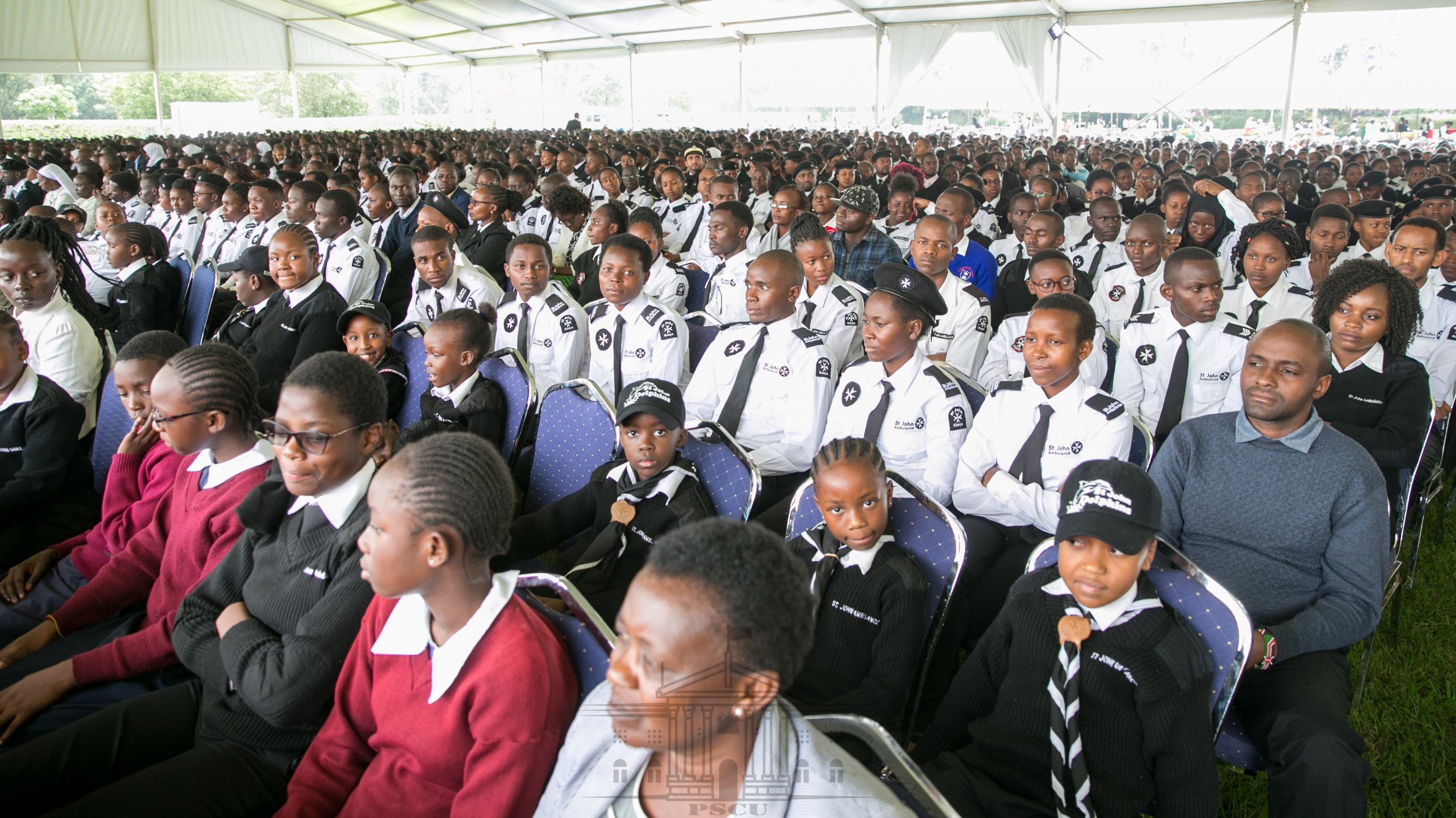 “I am pleased to note every year you train 18,000 Kenyans, including Boda Boda operators, on emergency rescue measures,” said the President at the event also attended by First Lady Margaret Kenyatta.

“As we progress in transforming our nation, ushering in ultra-modern highways and transport corridors across the country, we, regrettably, continue to experience disturbing high rates of fatal injuries,” the President noted.

He said the government has rolled out a number of interventions that focus on addressing the effects of road accidents as well as other emergency disasters, particularly in terms of direct impacts on human health and safety.

St John Ambulance Kenya has 17 fully equipped rescue centres, each with 25 personnel, enabling it to provide emergency services to an average of 25,000 victims of road accidents annually.

President Kenyatta said the organisation has inculcated in the hearts of the youth the value of volunteerism, service to others and helped elicit a higher sense of civic duty.

The organisation currently has 26,000 volunteers and is targeting to increase its membership to 50,000 by next year.

The Head of State said the Ministry of Health will formulate a new framework to work closely with St John Ambulance Kenya in implementing policies.

“Focus should be in the management of ambulance fleets and strengthening resilience in emergency and disaster preparedness, mitigation and response, and in training personnel with requisite rescue skills,” the President advised.

President Kenyatta, who serves as the patron of St John Ambulance Kenya, presented letters of appointment to new officials of the organisation. They included the incoming Prior, Mr Paul Ndungu, and Deputy Prior Mr Lazarus Kimanga.

The outgoing St John Ambulance Prior, Hon. Maj. (Rtd) Marsden Madoka, said the hosting of the parade at State House was a big motivation for volunteers.