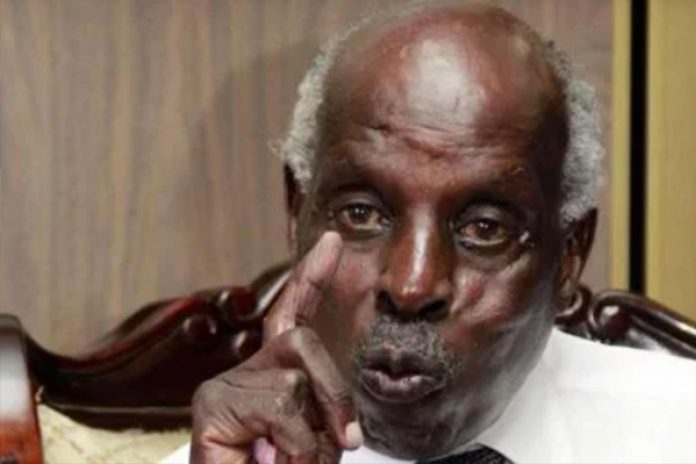 President Uhuru Kenyatta has sent a message of condolence and encouragement to the family, friends and relatives of former Head of Public Service and Secretary to the Cabinet Jeremiah Gitau Kiereini who died late last evening.

In his message, the President described the late Kiereini as a towering reform minded public servant and patriotic Kenyan who served his country with distinction.

President Kenyatta said the late Kiereini remains an important part of Kenya’s public service history because of his many achievements key among them being the role he played in the modernization of the Kenyan military when he served as Permanent Secretary in the Ministry of Defence.

“Mr. Kereini was a polished patriot and loyal Kenyan who served this country with dedication as a public servant for over 30 years rising through the ranks to the position of Head of Public Service and Secretary to the Cabinet,” said the President.

The President pointed out that the many reforms the late Kiereini initiated while at the helm of the civil service as the Head of the Public Service and Secretary to the Cabinet forms the foundation upon which current successes in the sector are being realised.

“Indeed his sterling performance at the helm of the public service gave us the foundation upon which the successes we are witnessing in the sector today are anchored,” the President said.

After retirement from the public service, Mr Kiereini transitioned into the private sector by being appointed Chairman of the Kenya Breweries Board (KBL) in 1988, a company he later transformed into the East African Breweries Limited.

The late Kiereini served on the boards of several companies including Unga Group Limited, CMC Holdings, CFC Stanbic, Heritage Insurance and CFC Life among others.

The President prayed to God to give the family the comfort and fortitude at this difficult period of mourning.