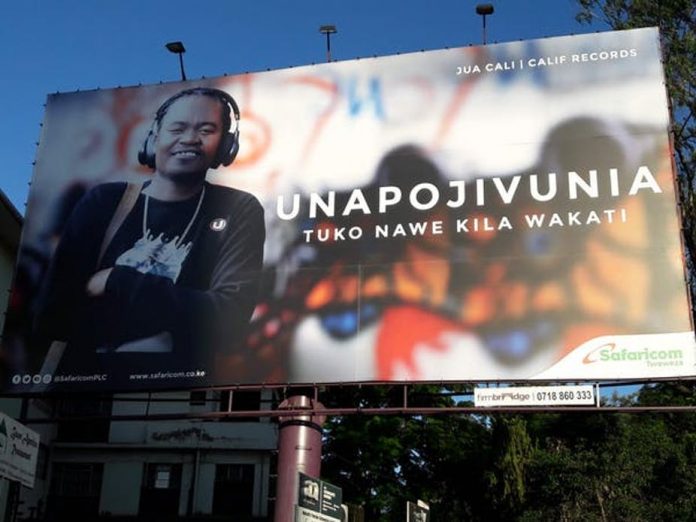 Last year was a good one for the music recording industry. After years of decline 2018 marked the fourth consecutive year of growth in music industry revenues. According to the International Federation of the Phonographic Industry, this was driven by a significant rise in “digital” revenues which accounted for nearly 60% of the total.

The federation also points out that the music industry is now more “global” than ever thanks to the successes of Korean and Latin American artists, among others. But one very important music market is missing from the federation’s report: the African continent.

This is especially problematic given the remarkable developments in digital music distribution through mobile devices that have emerged in many African countries. Although the rise of digital media technologies has created new forms of intermediation and interdependence worldwide, the changes in African music sectors don’t simply mirror what’s happened in the West.

Our research provides a window into what’s happened on the continent. It sheds light on how mobile telecommunications and technology firms have transformed business practices and revenue flows in the music sectors of Kenya and Ghana. Our data relate to just two countries. But we believe that our insights are relevant to music industries across Africa.

There are vast differences in both music styles and market economies across the continent’s 54 countries. But there are some features that are common across most. These include a combination of weak recorded music distribution networks, relatively unregulated digital markets, a legacy of unlicensed music distribution (including “piracy”), tensions between cultural rights and copyright, and widespread disruptive effects of digital innovations.

The rapid and pervasive uptake of smartphones and mobile internet has driven African music sectors along a different path of digitalisation than in the west. This has meant that power has been placed in the hands of different sorts of firms. In Kenya, for example, digital music distribution relies on two kinds of firms: “mobile service providers” (telecom networks) and “digital content firms”.

The digital content firms provide customised ringtones, ringback tones (where the caller hears a song paid for by the callee), music downloads and music streaming.

Firms of both types have become key players in Kenya’s music industry over the past decade. They have expanded their activities beyond distribution, into audio and video production, talent management and award shows. This has solidified their hold over the industry. The CEOs of a mobile service provider or the principle of a digital content firm are the Kenyan music moguls of the 21st century.

Recorded music distribution has always been tied up with the technology firms that have sold playback devices. Radios, record players, CD players and digital music players only appeal to consumers if they facilitate music playback and give access to a large catalogue of music. This has historically helped to align the interests of companies selling music playback devices and companies selling recorded music – often, companies have sold both. Apple’s foray into media distribution is no exception to this.

Given the strong reliance of Africans on mobile, these companies need each other. As they developed economies of scale in a huge market, musicians (or, to be more precise, music rights holders) are not necessarily getting their fair share of the proceeds.

In 2016 Kenyan gospel singer Eunice Njeri, one of the most popular artists on Liberty Afrika’s music distribution platform, lamented:

I got to see the accounts and how much my songs, which were signed to Liberty Afrika, make and I am not happy … I was told my song made Sh1 million in a six-month period, when in fact it had made about Sh24 million.

This anecdote suggests that mutual interests and the promise of revenues have enticed musicians to collaborate with mobile service providers, digital content firms and mobile hardware manufacturers. But ultimately, musicians have a limited bargaining position that leaves them as vulnerable to exploitation as they have always been.

The problem is that the political economy of music distribution goes unchecked. Despite the promise of better opportunities, music sectors remain a market constrained by distribution bottlenecks. In technical terms, music markets are oligonomic in character. This means that intermediaries (labels, distributors, promoters, media outlets) continue to act act as an oligopoly – when a few sellers control a particular market – towards audiences and as an oligopsony – a market with many sellers, but few buyers – towards musicians.

In the best of cases, fierce competition between mobile service providers gives the most popular musicians some leverage over whom they sign brand marketing deals with. But most musicians have little or no leverage when it comes to being paid a fair share of revenues from digital music services.

The global rise of digital music distribution is undeniable. But who reaps the profits when digital disruption occurs? And how can we make sure music distribution through mobile networks across Africa is reflected in global industry data?

Currently, the International Federation of the Phonographic Industry is not paying enough attention to the nature of music economies on the African continent. This needs to change.