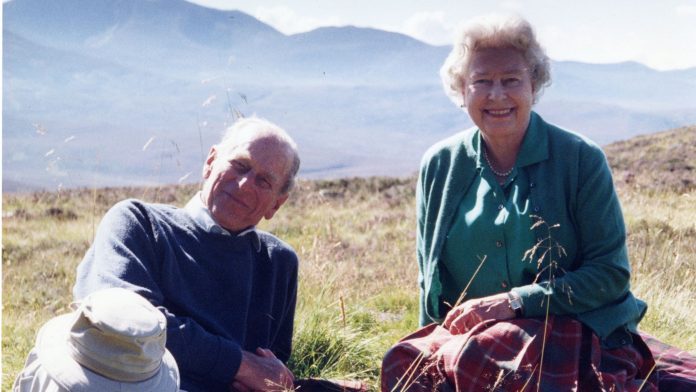 The Duke of Edinburgh’s “unwavering loyalty” to the Queen, service to the nation and “courage”, will be celebrated at his funeral later.

Prince Philip’s association with the Royal Navy and love of the sea will be a focus of the Windsor Castle ceremony.

But no sermon will be delivered, in line with his wishes.

More than 730 members of the armed forces are taking part in the event, but there is a limit of 30 mourners at St George’s Chapel, under Covid rules.

The ceremonial royal funeral will be broadcast on BBC One, with coverage beginning at 12:30 BST. The service itself will start after a national minute’s silence at 15:00.

His body is now resting in the private chapel at Windsor Castle before being moved to the State Entrance.

His coffin will be placed on a modified Land Rover that the duke himself helped to design, and carried in a procession the short distance to St George’s Chapel.

The funeral service will be conducted by the Dean of Windsor, with the Archbishop of Canterbury pronouncing the blessing.

The Order of Service, released by Buckingham Palace, says the Dean of Windsor will pay tribute to Prince Philip’s “kindness, humour and humanity” and the “many ways in which his long life has been a blessing to us”.

“We have been inspired by his unwavering loyalty to our Queen, by his service to the nation and the Commonwealth, by his courage, fortitude and faith,” he will say during his bidding.

Buckingham Palace said the funeral plans had been modified to take into account public health guidelines.

The funeral will take place entirely within the grounds of the castle and the public have been asked not to gather there or at other royal residences.

The congregation will put on masks and socially distance in line with Covid lockdown rules, with the Queen seated alone.

But the ceremonial aspects of the day and the service remain in line with Prince Philip’s wishes and will reflect his military affiliations and personal elements of his life.

The music will include the 1860 hymn Eternal Father, Strong to Save, by William Whiting, which is associated with seafarers and the maritime armed services.

Ahead of the funeral, the Queen shared a favourite photograph of herself with the Duke of Edinburgh, showing the couple in Aberdeenshire.

Taken by the Countess of Wessex in 2003, the picture shows the couple relaxing on a picnic rug on the grass at the Coyles of Muick beauty spot, near the Queen’s private estate of Balmoral.