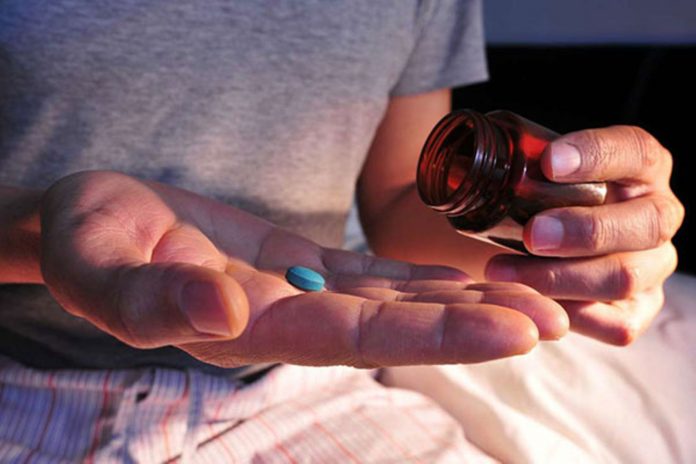 A top physician has warned that prolonging sex beyond the 40th minute is killing men in the act.

Dr. Timothy Kingon’du said the act of prolonging sex to enhance pleasure by men is a dangerous folly that must be avoided.
In attempts to achieve this, Dr. King’ondu said the use of the blue pill (Viagra drug) is instead killing men in action.

“Prolonging sex starves vital organs such as lungs and the heart of oxygen, because viagra prioritizes red blood cells towards the penis….to keep it firm”; Kingondu said.

He warned that men between the ages of 20 to 40 are risking early death by misusing the drug.

When researchers first created sildenafil in the 1980s, it was intended to be a treatment for angina, or chest pain caused by reduced blood flow to the heart.

Viagra then hit the market as the first treatment for erectile dysfunction and was a superstar. However its use in the pleasure business became viral despite several reports of heart attacks and strokes.