BY PRUDENCE WANZA – Public outcry for whereabouts of baby Kiano continues 35 days after his abduction. Today the couple guardians was hoping to get answers in court but the Judge, Luka Kimaru was not sitting, therefore the case would not proceed.

As a result a group of people demonstrated outside Milimani Law Courts agitating for baby Kiano to be brought back home. According to the lawyer of the couple, James Gitau, they hoped to appear before Judge Luka Kimaru but they have made an application to have the case heard in court on 15th May.
Baby Kiano was abducted on from the home of his legal guardians, Matt and Daisy Mazzoncini on 5th April, 2019. The baby is suspected to have been abducted by unidentified individuals claiming to be members of Department of Criminal Investigations (DCI) associated with infamous Child Welfare Society of Kenya. On that same day the DCI at its official twitter account, tweeted about the abduction, calling it a child rescue and posted the names of the parents and child just hours after the abduction took place. The DCI would later delete the tweet on 6th April, 2019. 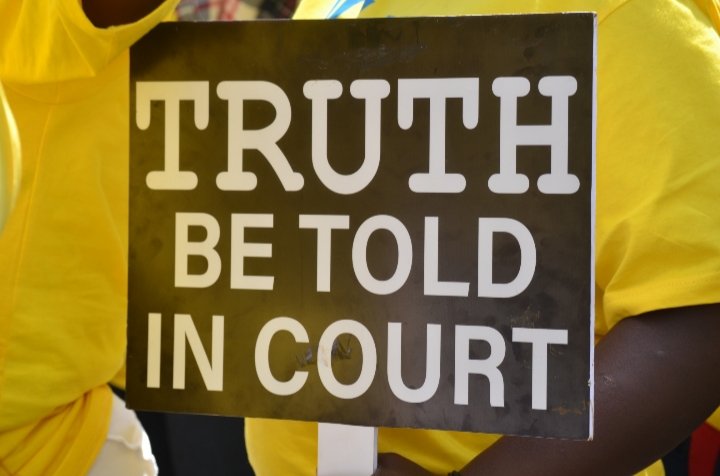 On 12th April, 2019 the DCI further clarified their position stating they were actively searching for the assailants as well as for Kiano, claiming the abduction was an “unsanctioned action” carried out by unknown assailants.
Later on 4th May, 2019 Chief Bonati of the DCI confirmed that baby Kiano is still alive and that the DCI carried out the raid. But as of today the whereabouts of baby Kiano remain unknown.
This has now led to the public staging demonstrations calling for justice from the court, the ministry of labour and social protection and the Child Welfare Society of Kenya.
The Mazzoncins were granted legal guardianship of three-year-old Kiano in February 2017 from an orphanage when he was 6 months old. 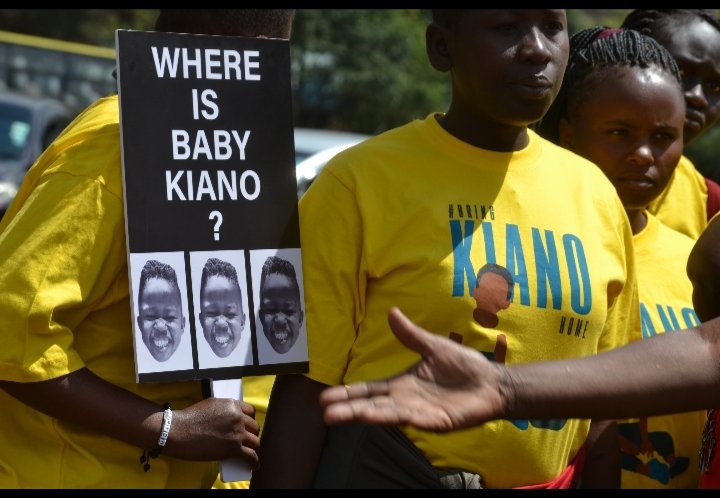 Baby Kiano’s story attracted both local and international media attention including Kenyans taking to social media to call for justice of baby Kiano. Prominent Kenyan activist, Boniface Mwangi also spoke on twitter saying, “the DCI and NPSO have a case to answer for lying to the public and Framing an innocent couple. The Mazzoncins are a target of a cartel run by Irene Mureithi, CEO of the Child Welfare Society of Kenya”. Mwangi addeded that, “She is the one who lied Kiano was a victim of trafficking and orchestrated the kidnapping of baby Kiano. There are many adoptive parents who have gone through hell because of Irene Mureithi, and if you’re a victim or a victim, please speak out. “
They will now wait until 15th May, 2019 to be heard in court.