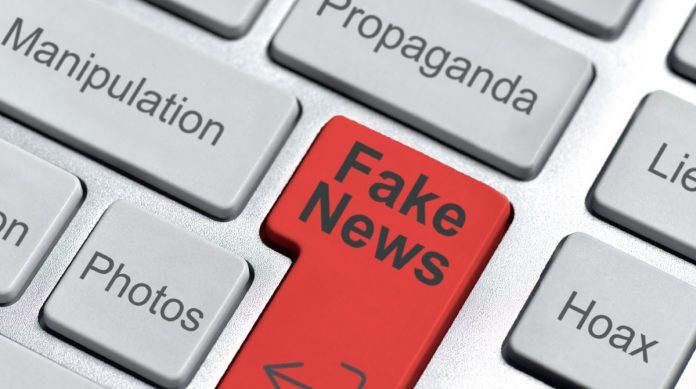 Separating fact from fiction accurately can seem daunting. But getting to the truth is always worth the effort – even if it’s not what you want to hear! Use these six steps to weed out the truth from the lies:

One of the main reasons fake news is such a big issue is that it is often believable, which means it’s easy to get caught out. Many fake news stories are also written to create “shock” value.

This means it’s essential that you keep your emotional response to such stories in check. Instead, approach what you see and hear rationally and critically .

Ask yourself, “Why has this story been written? Is it to persuade me of a certain viewpoint? Is it selling me a particular product? Or is it trying to get me to click through to another website?”

If you come across a story from a source that you’ve never heard of before, do some digging! Find out a bit more about the publisher – is it a professional and well-known news agency or is it someone’s personal blog?

Check the URL of the page, too. (A URL, or Uniform Resource Locator, is a web address that helps browsers to find a site on the internet.) Strange-sounding URLs that end in extensions like “.infonet” and “.offer,” rather than “.com” or “.co.uk,” or that contain spelling errors, may mean that the source is suspect.

If the information is something that you’ve been told by another person, consider his reputation and professional experience. Is he known for his expertise  on the matter? Or does he tend to exaggerate the truth?

Trusted online sources like Snopes can help you to verify stories that sound too good to be true.

3. See Who Else Is Reporting the Story

Check whether the story has been picked up by other well-known news publishers. Stories from organizations like Reuters, CNN and the BBC, will have been checked and verified beforehand. If the information you have isn’t from a well-known source like these, there’s a chance that it could be fake.

However, you need to be careful even here. People who spread fake news and “alternative facts” sometimes create web pages, newspaper mockups, or “doctored” images that look official, but aren’t.

So, if you see a suspicious post that looks like it’s from CNN, for example, check CNN’s homepage to verify that it’s really there.

A credible news story will include plenty of facts – quotes from experts, survey data and official statistics, for example. If these are missing or the source is an unknown expert or a “friend,” question it!

Does the evidence prove that something definitely happened? Or, have the facts been “twisted” to back up a particular viewpoint?

Modern editing software has made it easy for people to create fake images that look professional and real. In fact, research shows that only half of us can tell when images are fake.

However, there are some warning signs you can look out for. Strange shadows on the image, for example, or jagged edges around a figure. If you still have doubts, you can use tools such as Google Reverse Image Search to check whether the image has been altered or used in the wrong context.

6. Check That It “Sounds Right”

Finally, use your common sense! If a story sounds unbelievable, it probably is. Bear in mind that fake news is designed to “feed” your biases or fears. And, remember, just because a story sounds “right” and true, doesn’t mean that it is.

For example, it’s unlikely that your favorite designer brand is giving away a million free dresses to people who turn up to its stores. Equally, just because your colleague believes that two married co-workers are having an affair, doesn’t mean it’s true.