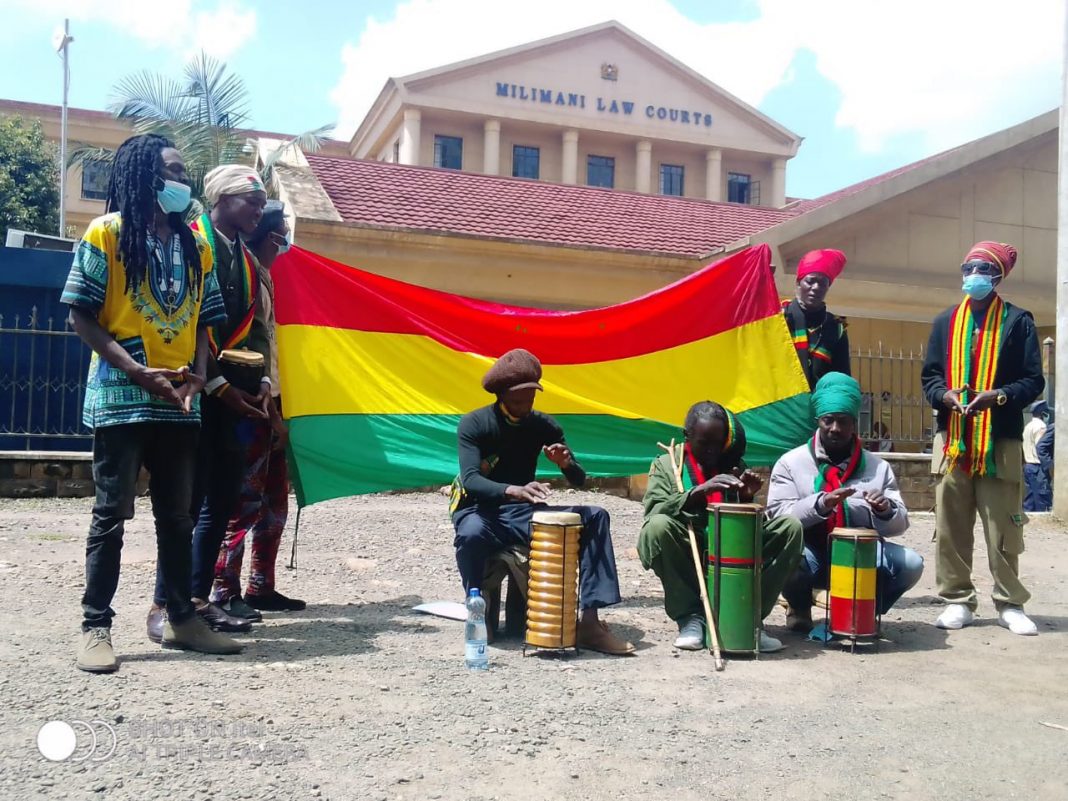 The Rastafarian society of Kenya has filed a case in court seeking to legalize marijuana. – By Stephanie Mwangi.

They argued that the law stating that marijuana is illegal for private use of cannabis by persons professing the Rastafarian faith.

The council is advocating that they should be allowed to use marijuana in their houses and places of worship.

One of the lawyer’s Shadrack and alexander argue that marijuana is a sacrament used to connect a Rasta believer to their creator.

According to the lawyers there is a verse that allows them to smoke marijuana and is referee to as Nebra Negas (glory of kings which involves the use of cannabis in their tabernacles.

The plaintiff wants the court to scrap off section 3 (2) of the Narcotics Drugs and Psychotropic substances Control Act.

It states that any person guilty of an offence in respect of cannabis ,when the person satisfies the court that the person gets ten years imprisonment or 20 years .