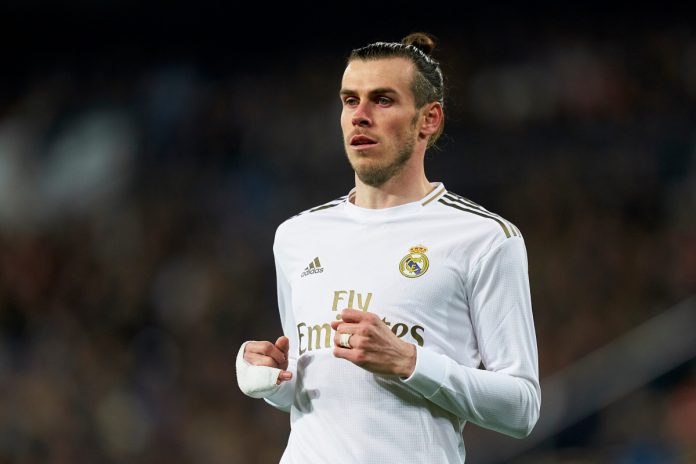 By Henry Kimoli and BBC

Real Madrid outcast Gareth Bale is mulling a move back to Totenham Hotspur. The Wales International, frozen out by coach Zinedine Zidane is a prospect for the the misfiring Jose Mourinho outfit, which lost its first premier league game to Everton.
Bale, who earns GBP 600000(Ksh.75million a week).

His wages are however a major draw back for the hard bargaining Spurs Chair Daniel Levy. Bale will earn more than England captain Harry Kane should he wobble back to England. Levy mortgaged Bale to Madrid to fund his exciting project at Spurs.
The move paid dividends as Spurs managed to hire Mauricio Pochetino to North London.

Pochetino managed to overhaul Spurs, leading the team to Champions league football for four straight seasons. The icing on the cake was a champions league final with Liverpool. Totenham lost the epic encounter in Spain. Bale agent is working round the clock to flock his client to willing clients in England.

Totenham have a huge loan to pay for their renovated stadium and can ill afford the Bale luxury. The club, and others are struggling with Covid 19 economic impact and initially laid off non core staff. Levy, it is understood may not sanction the move, should concerns over squad instability persist. Bale is in the twilight of his career and may have little playing impact.
Coach Mourinho, the fast fading top tier coach will welcome the bale transfer, to help in deflecting pressure from his misfiring squad.

He has already signed Joe Hart, a premium.league winner with Manchester City. Hart is on his way down to the football museum. Only Mourinho knows his value at Spurs.

Bale, 31, left Spurs to join Real for a then world record £85m in 2013 and has since scored more than 100 goals and won four Champions League titles.

“Gareth still loves Spurs,” his agent Jonathan Barnett told BBC Sport Wales. “It’s where he wants to be.” Both Bale and left-back Reguilon had been linked with Manchester United. Spain international Reguilon, 23, came through the youth set-up at Real and made his first-team debut in October 2018. United spoke to Real about him but were put off by the Spanish giants’ insistence on a buyback clause. That has allowed Tottenham to step in, and the expectation is he will now join Jose Mourinho’s squad.

Where Bale is concerned, a loan looks likeliest at the moment, although a permanent transfer has not been ruled out with Real keen to recover costs as they look to offload their highest earner. Bale’s salary is perhaps the biggest hurdle for Spurs to overcome – he still has two years left on a contract which is thought to be worth about £600,000 a week. Spurs chairman Daniel Levy is working through the detail of the deal and how to make it work. Indications are Real would be willing to pay a proportion of Bale’s salary but even then he would be getting more than England and Tottenham captain Harry Kane.

Levy has previously spoken of the massive financial impact the pandemic has had on Spurs, who have to pay for their £1bn stadium, and at one point put non-playing staff on furlough, before reversing that decision two weeks later. That has to be balanced against the enormous commercial potential of re-signing Bale. United have long been linked with the Welshman, and he had been seen as a potential target should they fail to sign England international Jadon Sancho from Borussia Dortmund.
Tottenham, however, have an emotional pull for a player they signed as a 17-year-old from Southampton and helped develop into one of the world’s best.

Bale was hugely successful in his first few seasons at Real, scoring in the 2014 and 2018 Champions League finals as well as the 2014 Copa del Rey final. But his star has faded in the past couple of years after a run of injuries, indifferent form and a fractious relationship with manager Zinedine Zidane.

Bale started just one match when the 2019-20 La Liga season resumed, playing a mere 100 minutes as Real clinched a first title since 2017, and was conspicuously on the fringes of