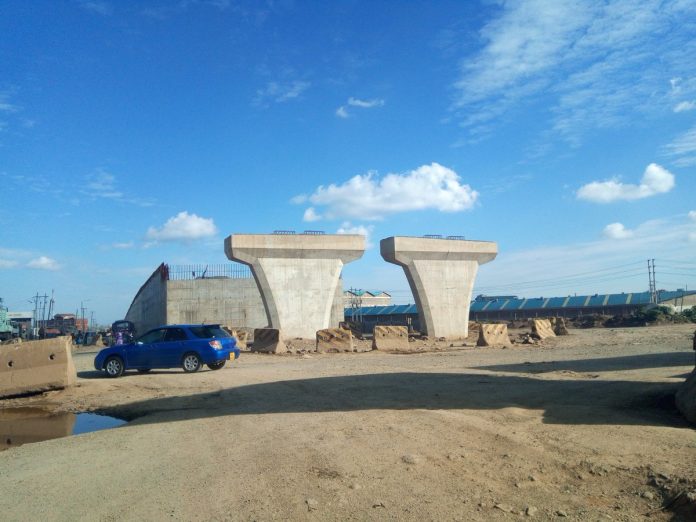 After UzalendoNews documented the deplorable state of Likoni Road overpass and its effect to Kenyans around the area, the Kenya Urban Roads Authority (KURA) has announced plans to close down the busy Enterprise/Likoni interchange for a week for construction.

The road will remain closed on Saturday, 14th December till 20th December 2019 both days inclusive from 6pm to allow the installation of beams on the Enterprise Road overpass.

“The closure, has been necessitated by the hoisting of beams in the ongoing works aimed at improving the junction.

Kura further advised motorists to use alternative routes as indicated in the sketch map and as directed by Industrial area traffic police.

The contract awarded to a Nigerian firm Reynolds Construction Company (RCC), to refurbish the 6.1-kilometer road was awarded in 2013 and would have a year to complete. 2019, seven years later, the dust and rubble at the roundabout have interfered with the movement of motorists and businesses located at the interchange.

Counties reap big in the Shs 370 billion share to counties