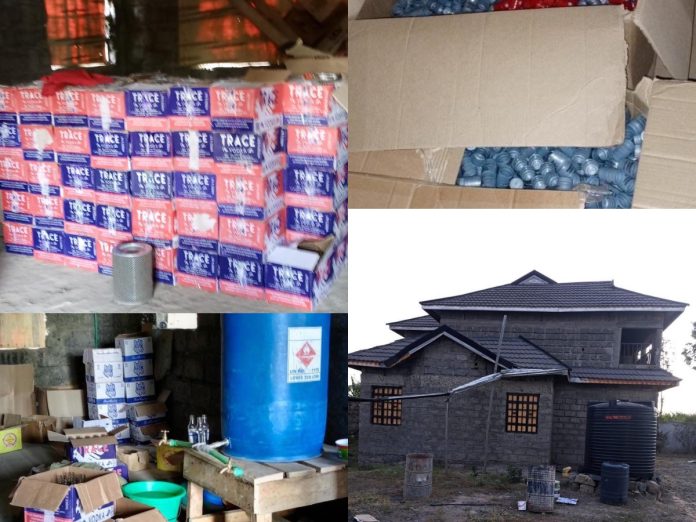 The stash of fake liquor was discovered at a private home in Ruai, Kasarani Constituency.

Following the ongoing operation on high level tax evasion schemes by dealers dealing in alcoholic products, more than 200 containers carrying thousands of bottles of fake spirits intended for the local market were confiscated.

“The counterfeited drinks whose safety to consumers could not be immediately ascertained, were packaged in branded bottles that are popular locally including, Kane Extra, Trace Vodka, Konyagi, Blue Ice, Kibao Vodka and Chrome Vodka among others. Also recovered were an alcohol mixer and fake KRA stamps,” said DCI.

During the operation, one suspect, Teresia Nyokabi Ngatia, was detained and is currently being processed for arraignment at the Kamulu police station.