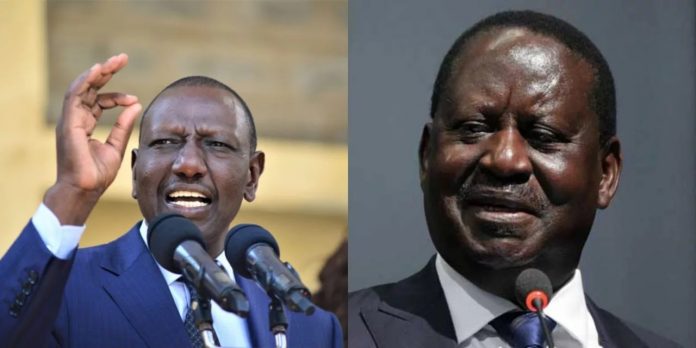 Deputy President William Ruto has fired back at the Orange Democratic Movement (ODM) for its defense on the ongoing KEMSA supplies investigation – By Gerald Gekara.

Taking to his official Twitter platform, the Deputy presidents scorned ODM, branding them as lords of corruption, with intent to steal funds meant to serve Kenyans.

“The pretentious (former)Opposition, now turned Lords of corruption, attempted defense of the Covid19 grand larceny is NOT shocking.” He tweeted.

He accused their leader, Raila Odinga of being in the handshake for business and not efforts to promote peace and the welfare of Kenyans.

“It confirms the worst of Kenyan’s fears that their side of the handshake was never interested in the people’s good but opportunity to loot. What a shame.” He concluded.

The illicit public spat between the Deputy President and Raila Odinga has left the political divide busy campaigning for their protagonists, against serving Kenyans.

President Uhuru Kenyatta, whose term comes to an end in 2022, has continuously urged politicians to shun senseless politicking.

The ongoing inquiry against the Kenya Medical Supplies coupled with ODM’s stand in protecting the institutions have raised temperatures among politicians, with many calling for the prosecution of their opponents.