Scientists are developing new, exciting strategies for the fight against TB 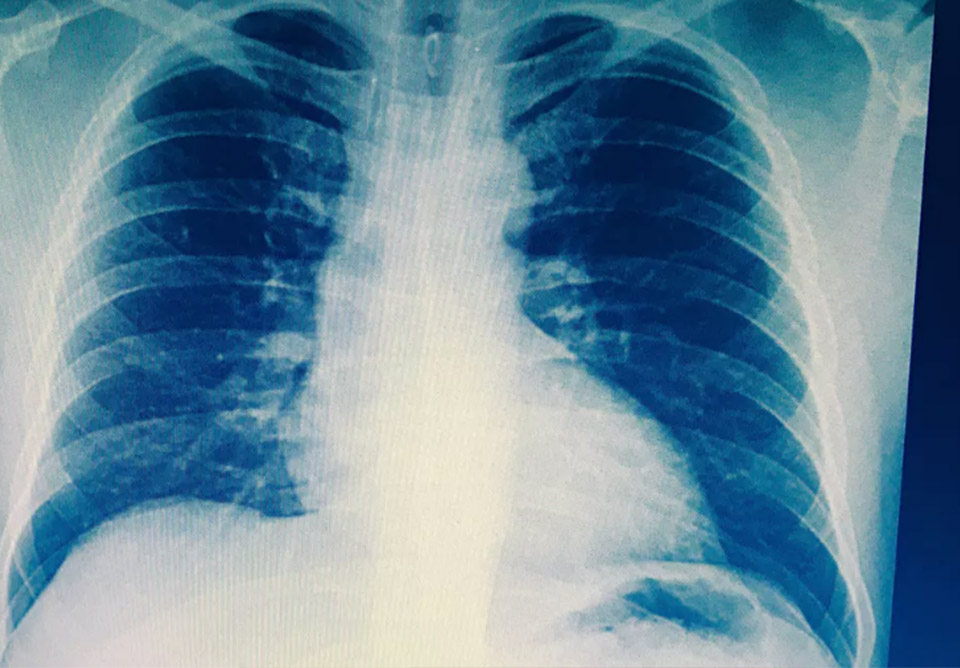 Uzalendo Newshttps://uzalendonews.co.ke/
Do you have a story that you think would interest our readers? Write to us 'info@uzalendonews.co.ke'
Chest x-ray showing TB infection in the lungs. Shutterstock Mohlopheni Jackson Marakalala, UCL

Tuberculosis (TB) is a lung disease caused by the bacterium Mycobacterium tuberculosis. It’s transmitted through air droplets when an infectious person coughs or sneezes. The disease can be treated, but it’s a long process with the drugs that are currently available. It remains a major health problem: globally, about 1.6 million died from it in 2017.

Most of these deaths occurred in the developing world. The African continent has a particularly severe TB burden. This is worsened by the emergence of multidrug-resistant TB; patients with this form of the disease respond poorly to the usual first-line drugs. TB and HIV co-infection is also a big problem.

There are some glimmers of hope. Globally, TB related deaths dropped by 33% between 2000 and 2017. There’s also a new push from the World Health Organisation (WHO) to reduce new TB cases by 90% by 2035. But for this to happen, new therapies and diagnostic tools are needed.

There are some promising therapies in the pipeline, particularly when it comes to host-directed therapies and biomarkers. The first refers to drugs that strengthen the immune system and reduce lung damage. Biomarkers are blood- or tissue-based indicators that tell clinicians about the presence of latent (or dormant) TB, the development of active TB and its progression.

Governments, global funding agencies, national research councils and the private sector now need to invest resources in developing these therapies to the point where they can be used widely. This is crucial if the WHO’s ambitious targets are to be met.

In TB treatment, host-directed therapies have two major goals. One is to stimulate key components of the immune system to control TB infection. The other involves limiting damage to the lung tissue in a bid to slow down TB’s progression.

Host-directed therapies can also be combined with standard treatment regimens. This will likely shorten the current course of TB treatment, which at its shortest lasts for about six months.

Some of the host-directed therapies that are currently being investigated include:

Treating TB is only one part of the puzzle. Proper, timely diagnosis and a good understanding of the disease’s progression in an individual patient are also important.

The disease is currently diagnosed in several ways. These include viewing a sputum sample under a microscope; through a skin test; or through a blood test.

But biomarkers could hold useful answers, too. About one-third of the world’s population is infected with the bacterium that causes TB. Between 5% and 10% of these latently infected individuals will develop the active disease in their lifetime. Biomarkers could be used to reliably predict who these individuals are. The individuals could then be treated preemptively.

There have been exciting studies along these lines. These have identified the gene and protein signatures associated with the sub-clinical stage of TB – that is, latently infected individuals on the brink of converting to active TB. Such signatures are evident in patients’ blood as early as 200 days before the onset of active TB.

Metabolic biomarkers associated with the pre-symptomatic stage of TB have also been identified. Again, these are detectable before the onset of the active disease.

However, the pipeline for biomarkers that can detect other forms of TB, among them the drug-resistant variety, is weak. More work remains to be done in this area.

Studies like these, and others, require increased investments from a number of funders. These are crucial if scientists are to take their findings into the clinical trial stages and eventually develop tools that can be used in everyday TB diagnosis and treatment.

This is imperative if the world is to end TB.

Sephekana Samuel Mohapi, a Master’s student in the University of Cape Town’s Department of Pathology, contributed to this article.