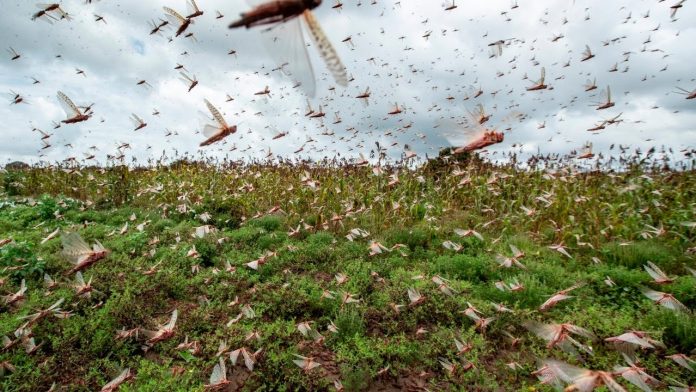 The second wave of the locust invasion has been reported in Kitui South. – By Gerald Gekara

The farmers are calling on the government to provide technical assistance as the desert locusts wipe out farmlands in the county.

Authorities have mobilised resources to ensure the insects do not cause havoc, including acquiring chemicals and aircrafts for spraying and helicopters mainly for surveillance.

Other counties that were poised to be affected by the invasion are Mandera, Wajir, Marsabit, Isiolo, Garissa, Tana River, Turkana, Tharaka Nithi, Embu, Meru and Uasin Gishu, Elgeyo Marakwet and Pokot.

The government earlier stated it will also deploy National Youth Service (NYS) personnel to collaborate with counties to tackle the spread of the desert locusts.

The UN says that Kenya has been having good breeding conditions that favour the locusts.

This year had already seen the worst East Africa invasion in 70 years, with the second wave expected to be more devastating in 2021.