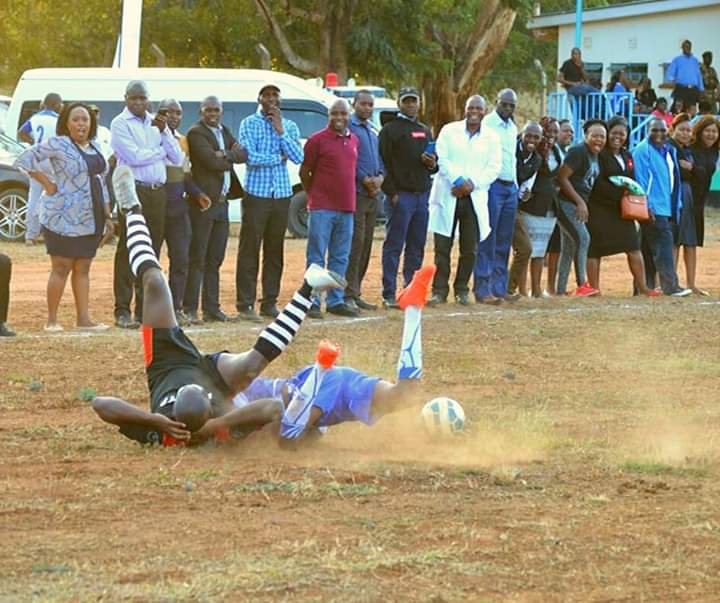 BY FAITH MUTETE – Elgeyo Marakwet senator Kipchumba Murkomen dislocated his shoulder on Monday in a friendly match between the senate and the county assembly of Kitui.

He went into social media and informed his followers as follows

“Today (Monday) in a football match between Senate and Kitui County Assembly, I fell down and landed on my right shoulder tearing my tendons. I have been referred to Nairobi for a small procedure. I will be back because I love this game,”

His followers told him that the injury could be avoided if the surface was not unkempt and uneven as it was.and said that the poor condition of the field made playing a disaster and hindered the ball to flow freely.

These are some of the comments from his followers.

“Thank you sir… at least you got a feel of reality as pertains the surfaces on which many average footballers train and fall on every day. As you recover and heal, kindly direct your energies into modes of coming up with workable mechanisms of improving our playing surfaces,” added Cherzady Nyarangi.

“Our youth go through worse as they try to show their talents. When they get injured, there are no mechanism put in place to help them recover from the injuries and they are left with no option other than sitting home nursing their injuries in pain which force them to quit football, “Habin Omar added.

I Feel ‘Free’ In France Than At Barcelona: Antoine Griezmann