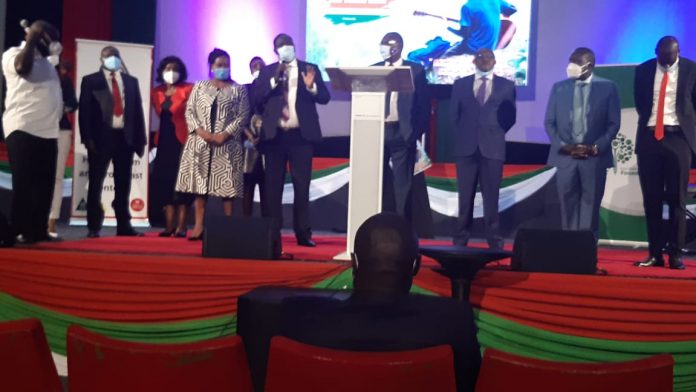 Kitui Senator Enock Wambua has called for total observance of COVID-19 guidelines in Kitui, in light of new infections. – By Meshack Makau

This is after the Ministry of Health said the County was emerging as a new epicenter of the disease in Kenya.

Wambua said new infections in Kitui are alarming and said the time has come for major compliance to COVID-19 guidelines.

The Senator urged residents to fully comply to avoid falling victim to the terrible disease that has since claimed over 600 lives.

“These statistics are worrying. We must now be fully alert and combat this pandemic.”, Wambua said.

He was speaking during the launch of a Kamba Song to deal with the Corona Virus.

While quoting the late pop star Michael Jackson, Wambua alluded his idea of the music video to give people hope.

“In 1995 when Ethiopia had famine, late Michael Jackson composes a song to give people hope, and following those footsteps, we come up this the song.”