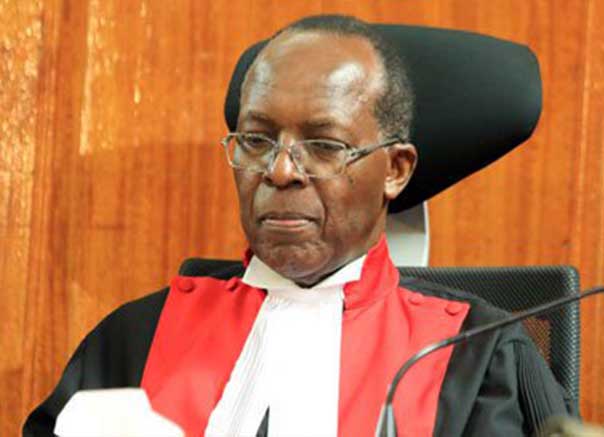 A seven member tribunal has been formed to investigate the conduct of embattled Supreme Court Judge Jackton Ojwang.

The hearings have been slotted to begin on 15th July 2019, and as expected, the sessions will be held behind closed doors away from the media.

Judge Jacktone Ojwang, is said to have benefited from a road construction to his home in Homa Bay after ruling in favor of one Sony Sugar company.

Jacktone has however refuted claims that he was in connection with the construction and even refused to attend one session, summoned by a committee investigating his conduct. He opted to send his lawyer.

Paul Nyamodi and Stella Munyi, were appointed by President Uhuru Kenyatta as Counsel to the tribunal.