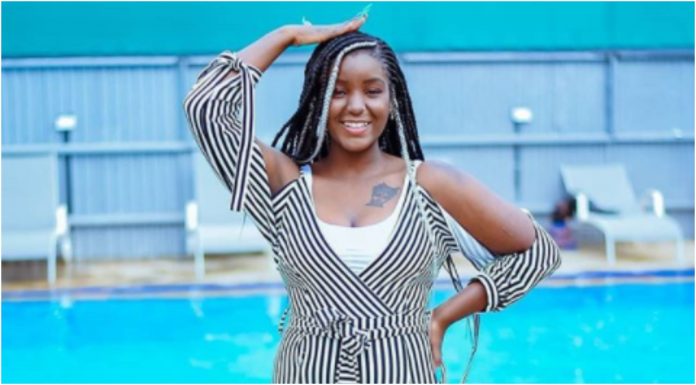 Shakilla is known to be a drama queen. And she recently lost the wife material show and then claimed she is pregnant.

For the last year Mejja has had one great career everyone wanting to do songs and collaborations with him.

On January 15th bensoul released a video of the song dubbed Nairobi which featured the Sol generation in it.

Mejja’s verse did not only auger well with Shakilla but with most Kenyans too. She took on to her Instagram to write and say “can someone tell mejja it’s not a must for him to feature in every song? The Nairobi song was good until his part. he looks like a low budget Amin Dada his three seconds were so unnecessary ,his part should be deleted and the song to be re-uploaded before it’s too late .” wrote Shakilla

Shakilla is always making headlines for all the wrong reasons from giving wrongfully information about having slept with celebrities and as to why she went for Mejja is not yet clear. But Kenyans are not happy with it and think it’s to get attention to herself now that the wife material was over and she got people thinking she is pregnant